One good intention that has so far fallen flat is the one about doing a bit more blogging while in theory I have more time to do it and readers more time to read it. I have excuses, the weather was too good and my allotment is a mess after a winter of doing nothing; my computer broke down and it came back from the repair shop in worse shape than it went in.
So here we are on yet another Saturday, except it’s not like any other Saturday. I have flowers so I’m going to shut out the rest and focus on them.

One.
Chionodoxa sarniensis (I think). I added a few bulbs onto someone else order to Parkers and now I’ve forgotten what I bought. I thought they were Chionodoxa, now Scilla forbesii, which I have a patch of that are doing well and wanted to get going elsewhere. These are different though, with more flowers to a stem and very little white in the centre. They’re probably better than what I had already so if they settle down and establish well I shall be very happy. 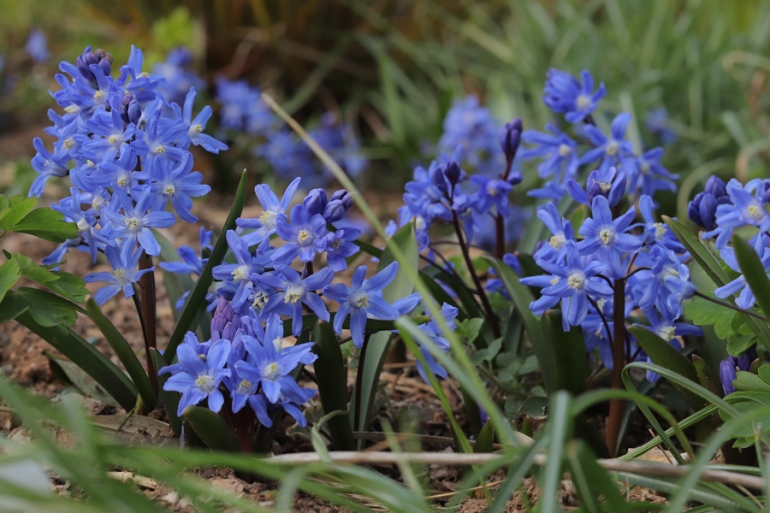 Two.
Erythronium dens-canis ‘Illand Pink’. I put this in a six a month ago when its foliage was looking lush. I promised flowers when they came. Another thing to look into, what’s the difference between E. dens-canis and E. revolutum? I presumably bought these as E. dens-canis which is a European species with pink flowers and mottled leaves, but so too is the North American E. revolutum. Phillips and Rix say E. revolutum is distinguished by having swollen anther filaments, which makes mine E. revolutum. This is another thing I’d love to have drifts of and I have a pot of seedlings in the greenhouse that brings that vision a little closer. I will try to collect more this year. At least growing my own I know I will get more of the same thing. I’ve not found them easy from dry bulbs, they don’t like to get too dry. Order early and plant immediately, even if it’s in pots, would be my memo to myself. 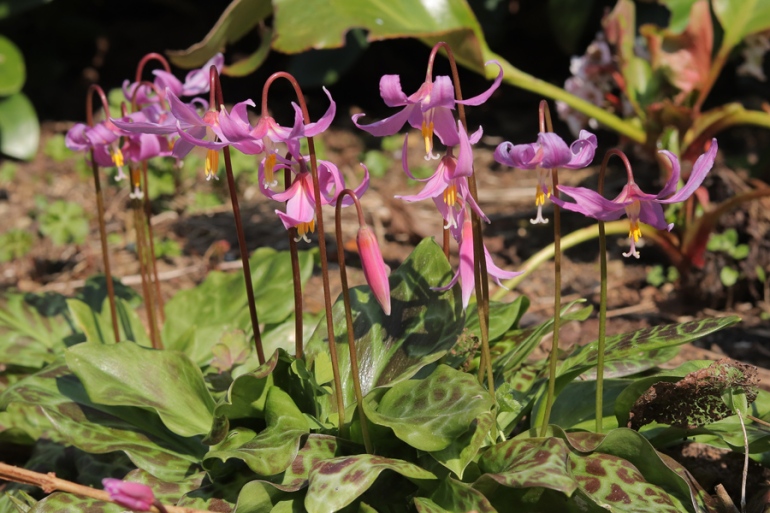 Three.
Pittosporum ‘Elizabeth’. I suppose this must be about twenty feet tall but because it doesn’t change much through the seasons it tends to go unnoticed most of the time. It’s covered in very dark red flowers at the moment which are probably quite strongly scented except it usually blows away from our garden. It’s good to have a large evergreen shrub that isn’t a drab dark green. 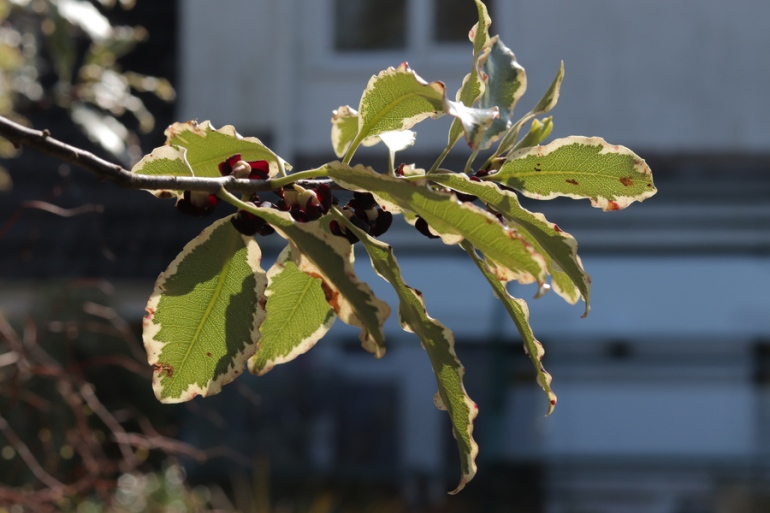 Four.
Anemone lipsiensis ‘Pallida’. My clump of this is now about a foot across having been plant as a 9cm pot several years ago, so a much slower spread than the various Anemone nemorosa forms I have around the garden. This flowers at the same time but I’ve never put it in a six because it’s always comprehensively outshone by it’s more vigorous cousin. As often happens, when I include something in a six I look it up to see if there’s anything interesting to say about it and I often learn something. Turns out it’s A. x lipsiensis, a hybrid between the wood anemone A. nemorosa and Anemone ranunculoides. Not cousin then, but half-sister. 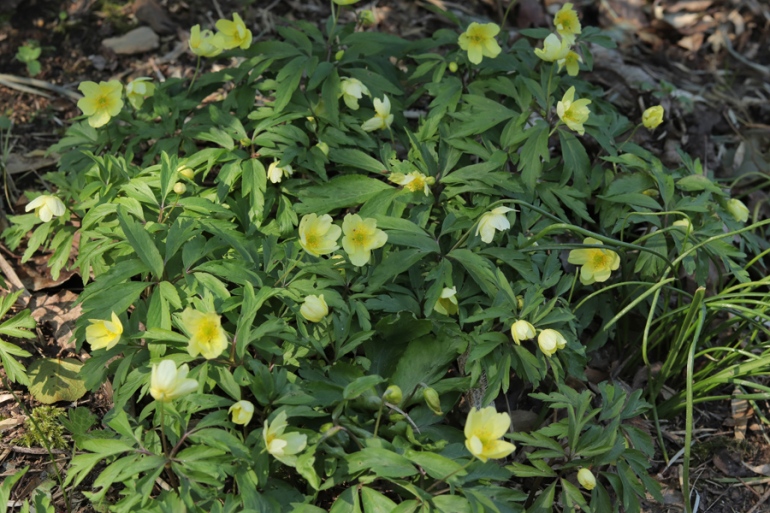 Five.
Euphorbia mellifera. This gets chopped almost to the ground every second or third year and this year it will need to be done as it’s across the path and isn’t a plant you want to be pushing past too much, not that I’ve ever reacted to its reputedly irritant sap. There’s always a first time. At least not having been cut last year it is flowering on every shoot this year. It should smell of honey but I haven’t stuck my nose up close and I get nothing from further away. My sense of smell is probably getting worse. 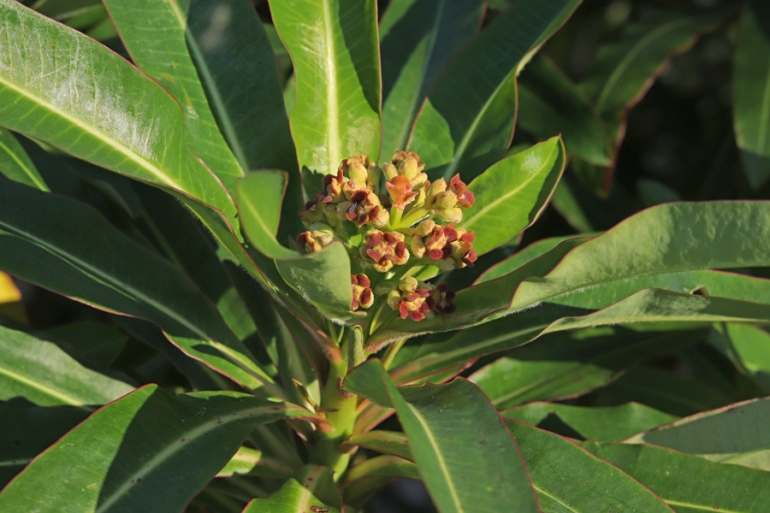 Six.
Sue has finally ventured out in the last week to do some sorting out in her cactus and succulent house. I got roped in to help her repot some of the biggest and spiniest cacti. My task was to get them out of the pots they’d been in for the last ten years. There was blood, there were profanities, but we won through.

And that’s another week done. Summertime tomorrow so it’s gone cold. Hope we don’t get another cold spring where everything takes forever to get going; I feel I need to be self sufficient for veg as soon as possible. More veg in pots in the greenhouse, push them on a bit, perhaps that’s the answer. Strawberries too.
The Propagator has the links to all the sixers, will they mention the elephant in the room, or ignore it. You know the rules now, don’t go out, and if you do, watch out for drones.