I am just so thankful that I have a decent sized garden to keep me occupied, distracted, isolated and sane. It’s all been said, I’ll move on.

If there’s one thing in the garden that will lift your spirits it’s flowers and by good fortune the weather has taken a turn for the better this last week and there really is quite a lot of colour to be had.

One.
Tropaeolum tricolor. I bought three bulbs of this after seeing it at one of the early Rosemoor shows last year. I was at Rosemoor last Saturday for a show and sadly it will be the last one for some time. It’s in a large terracotta pot and I fashioned some hoops out of thin bamboo side shoots which the tropaeolum is kind of twining around , with a bit of help now and again. 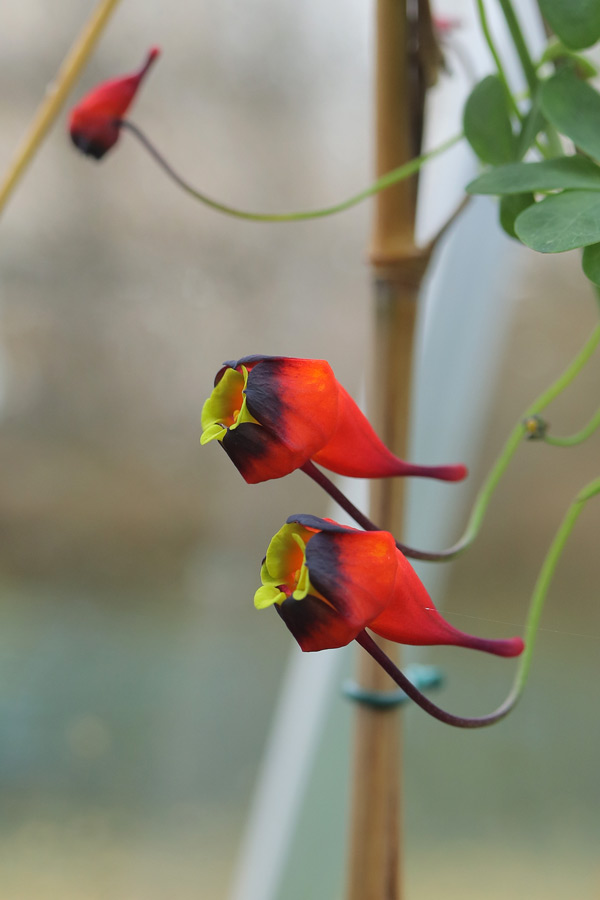 Two.
Corydalis solida. I have never fathomed how it happened but this just turned up in the garden many years ago as quite a decent sized clump. It’s been moved around a bit since and the main clump has a rather chunky primrose growing on top of it. They come up and die down so quickly it’s hard to keep the ground bare of competing plants until its time comes around again. I have one or two named forms but I like this dusky purple just as much. 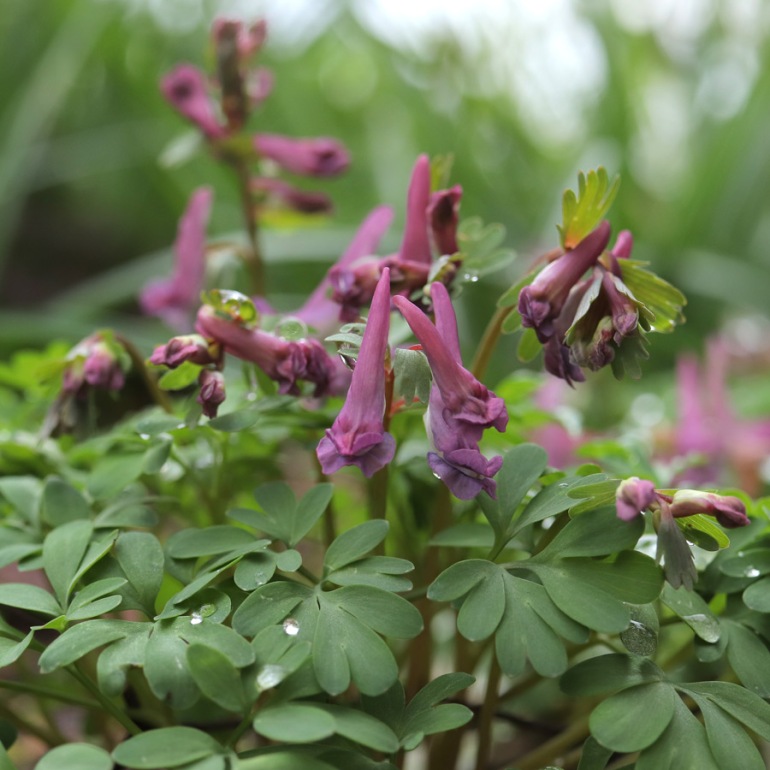 Three.
Fuchsia juntacensis seems to want to do its thing at this time of year, which means nurturing a mass of long whippy stems through the winter and cutting the whole thing down as soon as it’s done. I didn’t cut it down last year and it produced fruits, which then yielded seeds, which germinated readily so I now have a tray of seedlings which I have no need of. 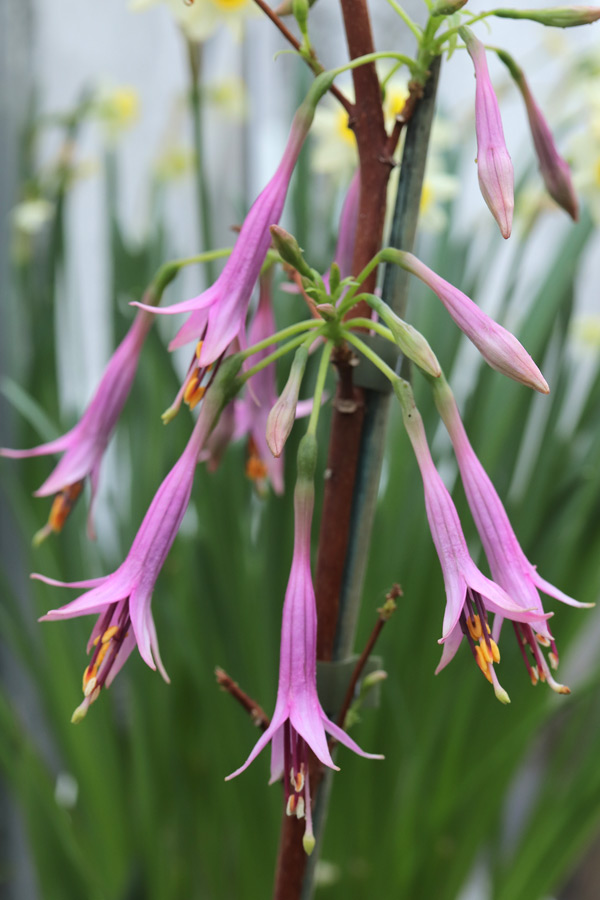 Four.
Skimmia ‘Rubella’, + 1. The buds form on this in the autumn and look quite ornamental all winter, seeming to take an eternity to finally open in March. The males, which it is, have much more ornamental flowers than the females, but no berries of course. There’s a female, name unknown, not so far away and there were bees on both in the sun yesterday.

Five.
Primulas. Many and various, some planted, many self sown. 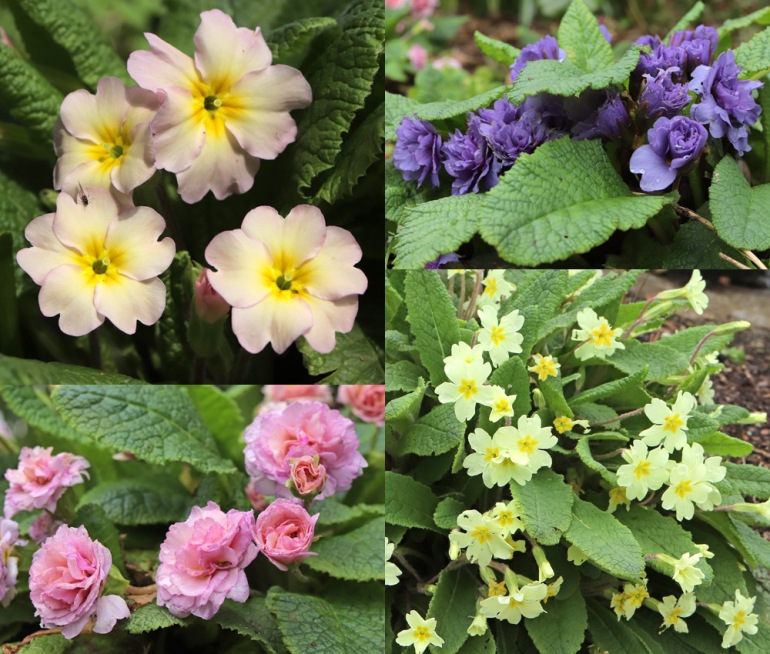 Six.
Camellia ‘Adorable’. I’ve used this before but I reckon it bears repeating in these troubled times. 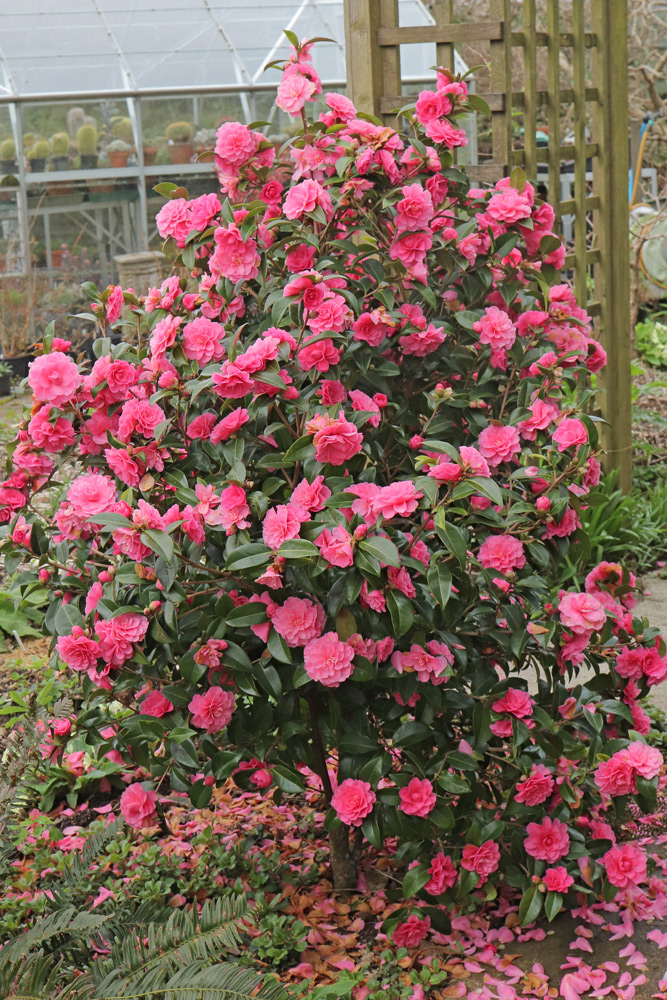 Hope that brightened your day a little. Stay safe and well.

Links to the other sixers at The Propagator as ever. Some things are still reliable.