I was going to go and collect my onions from the allotment but it’s just started raining. Today may not be the day I had planned. Tomorrow we’re off down west to the rare Plant Fair at Tremenheere and a jolly round the Dahlia field at Varfell. I’m expecting it to be one of the highlights of the year. I lead a quiet life. I hope the weather behaves itself for that.

In the meantime, six on Saturday has to be negotiated.

One.
Bomarea edulis. I bought this a couple of years back for what seemed too low a price. Last year it languished, slug ravaged and miserable, six inches tall at most, no flowers, looking poor value for money. This spring I potted it on and got it up off the floor. It grew; I gave it an obelisk to climb; it outgrew its obelisk, then it flowered. It’s supposed to be hardy in southern England so next year I’ll plant it outdoors. It’s related to Alstroemeria. Bomarea multiflora is the one I really want.

Two.
Hedychium ‘Tara’. Flowering for the first time in several years, to my considerable shame. It has struggled in dry ground with too much shade and competition for years. It will get moved this winter. I’ve said it and the world is my witness. It’s on the winter ‘to do’ list, near the top.

Three.
Agapanthis inapertus ‘Icicle’. Not for the first time I have learned something interesting while getting some background for one of these posts. This was collected in the Transvaal by Michael Wickenden, who used to run Cally Gardens Nursery until his untimely death a couple of years back. No wonder it’s such a classy plant. I must give it a proper label before I lose track of it.

Four.
Hydrangea serrata ‘Cap Suzin’. I’m very fond of Hydrangeas and if I had a bigger garden I would have many more. As it is I only have ten and this is probably the best of them. It’s a French raised variety that is undecided whether it is a mophead or a lacecap. In my garden it flowers a clear blue and does so in great abundance at normal hydrangea season in June. This year it struggled in the heat but has a smattering of late blooms now that it is cooler.

Five.
Primula Belarina ‘Pink Ice’. The Belarina series is extensive and includes some lovely varieties. Arguably they lack something of the refinement and charm of some of the older double varieties but that’s a bit of a hackneyed argument. All double primroses lack the simplicity and whatever of wild primroses. I grow them too, lots of them. We’re a week into September and it looks like this, I’m not complaining.

Six.
It’s Dahlia season, I have to have a Dahlia of the week. It shall be ‘Penlea’, about which I have only good things to say. Except that it’s a bugger to get a decent picture of. It has that velvety texture combined with maximum colour saturation and it never seems to look quite right. 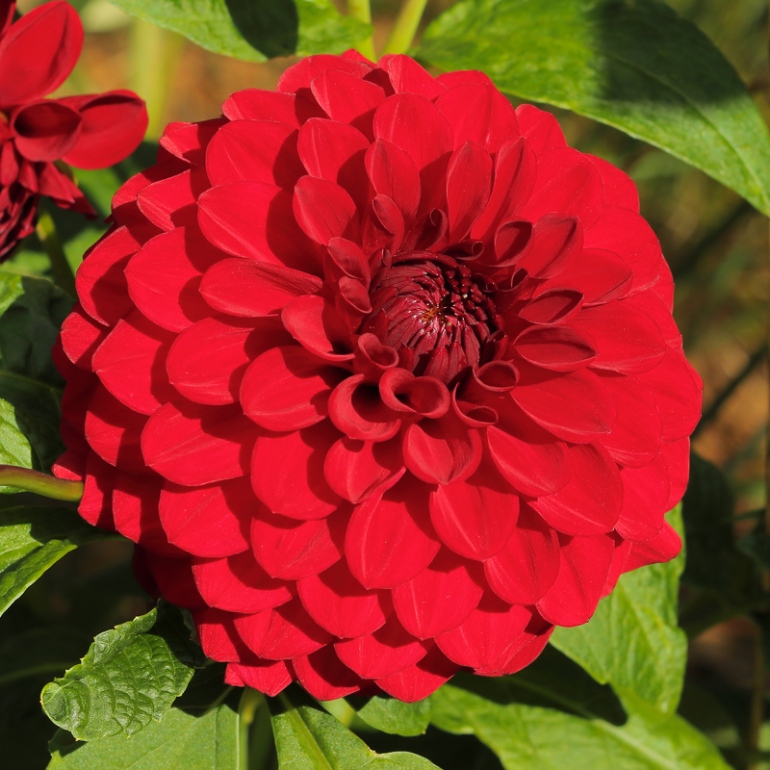 That’s yer lot. Now scoot over to The Propagator’s SoS post for links to other fascinating sixes from around the world, and join in, show us what you’ve got happening.