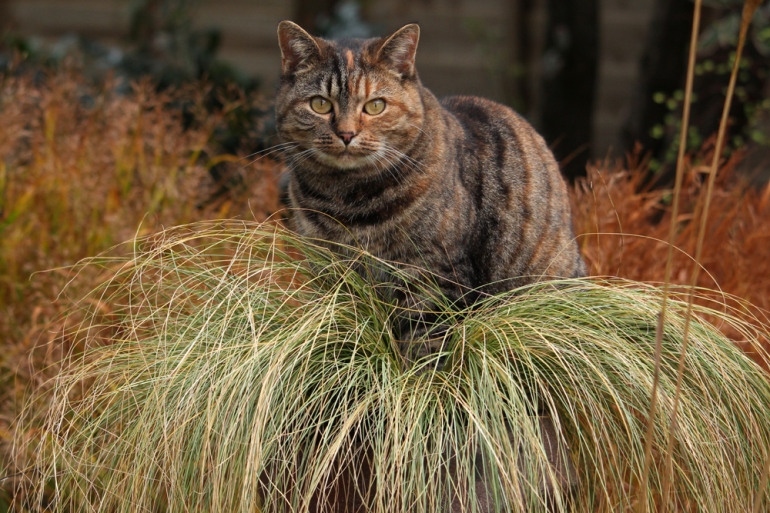 Maisie decided I needed some help. Not with the gardening, help to make the blog more appealing in difficult times. What is it with cats and grasses.

One.
Rhododendron ‘Merganser’. This is the only Rhododendron we have left now, other than a couple of deciduous Azaleas and, come to think of it, a couple of evergreen Azaleas. I still don’t think of Azaleas as being real Rhododendrons. Rhododendrons are fabulous, I love them, but they don’t give good value in a small garden; they just don’t last long enough. This one is very small, with yellow bells in spring. I’ve put it in because apart from my bamboo, it’s the only thing I have with ornamental bark. You just have to imagine that the stems are more than half an inch thick.

Two.
A quick mash-up of a few of the odds and ends that are still flowering.

Three.
Bismarckia nobilis. This absolutely fabulous palm comes originally from Madagascar. The intensely glaucous leaves are 5-6ft across with quite sharp points. Now that this one has a bit of a trunk and has had its lower leaves removed it is a bit easier to live with than it used to be with leaves to the ground. It will eventually reach up to 12m in height, with a single trunk. 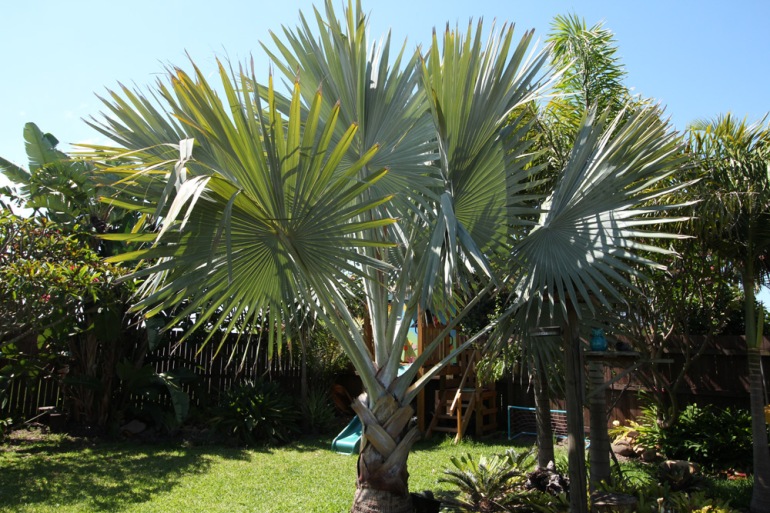 Four.
The observant among you will have twigged to a slight continuity issue between items two and three. That is because between taking the two pictures, I flew half way round the world and am now about an hour’s drive north of Brisbane. It’s 32°here, in Celsius not Fahrenheit, sunny though with a strong possibility of showers, perhaps even a thunderstorm. I’m here for a while, so Saturday postings will have a tropical flavour for some time.
I’m a bit out of my depth with the plants. This one is another palm, much planted for shade as it’s multi-stemmed but not so tall. I don’t know it’s name. I shall try and find out. 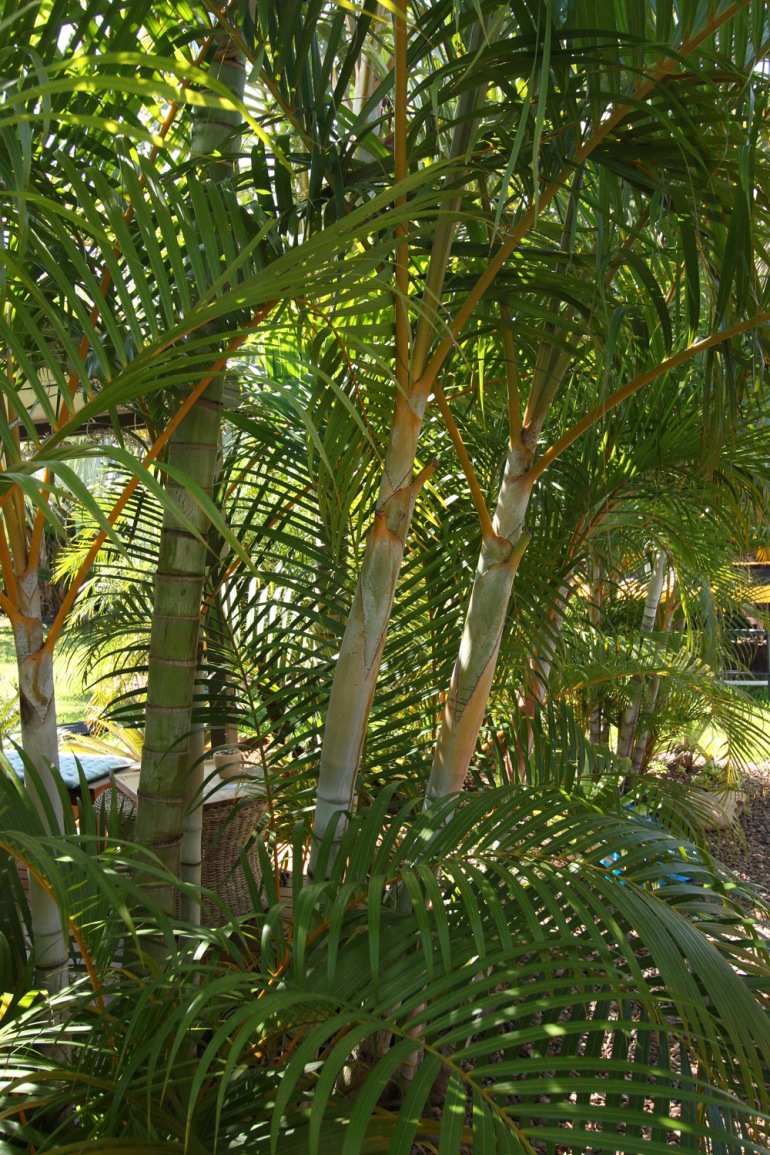 Five.
Agave attenuata. Massively popular in warmer parts of the world, this is just about hardy enough to survive in very mild west country gardens. It lacks the fearsome spines at the leaf tips that most of the other Agaves have. It readily spreads to form clumps of rosettes and eventually flowers, producing a spike rather like Eremurus, the fox tail lilies.

Six.
Frangipani. Plumeria is as quintessentially tropical as you can get. Making a tree to about 5m high and at least as much wide, they have very flamboyant flowers with a sweet scent. You’ll be seeing this again. 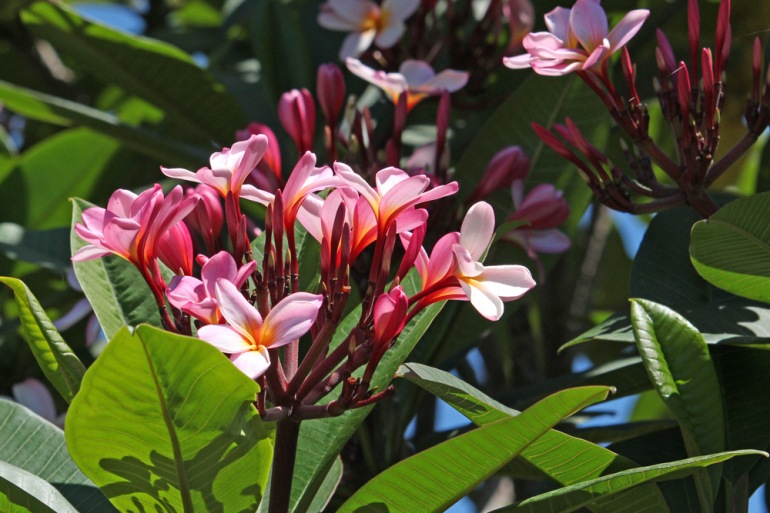 So the cats and the garden have been left in someone else’s care. Hopefully all will be well.
Between taking the pictures earlier today and waiting for the UK to catch up, the weather has turned spectacularly. It is now flashing and crashing and the rain coming down in torrents. It’s early evening, 10 hrs ahead of UK, and I desperately need sleep. Visiting everyone else linked from ThePropagator’s blog will have to wait until tomorrow.