I’m sure the last forecast I saw yesterday was giving a minimum of 5°C and a southerly breeze. I wasn’t expecting to find frost this morning. Nothing severe, fortunately.
Having had a fairly busy week, I didn’t do a thing about this six until this morning. Good thing it isn’t raining. So, six on Saturday, the real thing.

One.
The odds and ends of bulbs that I have grown in the glasshouse this year are mainly going over. They have been quite successful, though it would have been nice to have them somewhere I would see them more often. I now have to get enough growth for them to come back even better next year, and find somewhere suitable to put them for the summer. The small pics were taken during the week.

Two.
Outdoor bulbs. The picture in my head is of this bed and maybe other areas as well being covered at this time of year with a mixed carpet of snowdrops, crocus, muscari, narcissus and so on. Outside my head in the real world, I am realising that it takes literally thousands of bulbs to create the floral carpet affect, that most of them won’t come up again the following year, always assuming they survive rodent attacks and come up the first year, that when you get the bulbs in late summer the beds are dense with other stuff so you can’t plant them for months, in which time they dry out and shrivel, that it is impossible to plant anything without digging up bulbs. 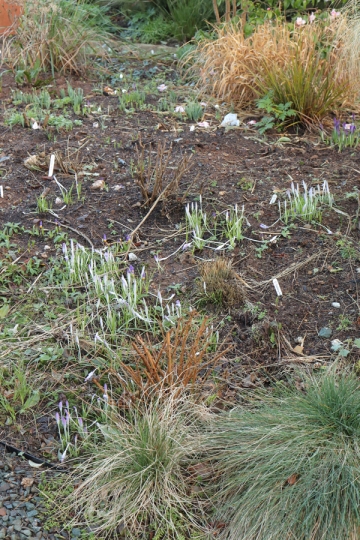 Three.
Narcissus ‘Tete a Tete’. An accumulation from several years, these have longevity, at least in pots. They got dumped up behind the tunnel last year and need getting out to where they can be seen. I’m never keen to hump heavy, mucky pots from one end of the garden to the other. 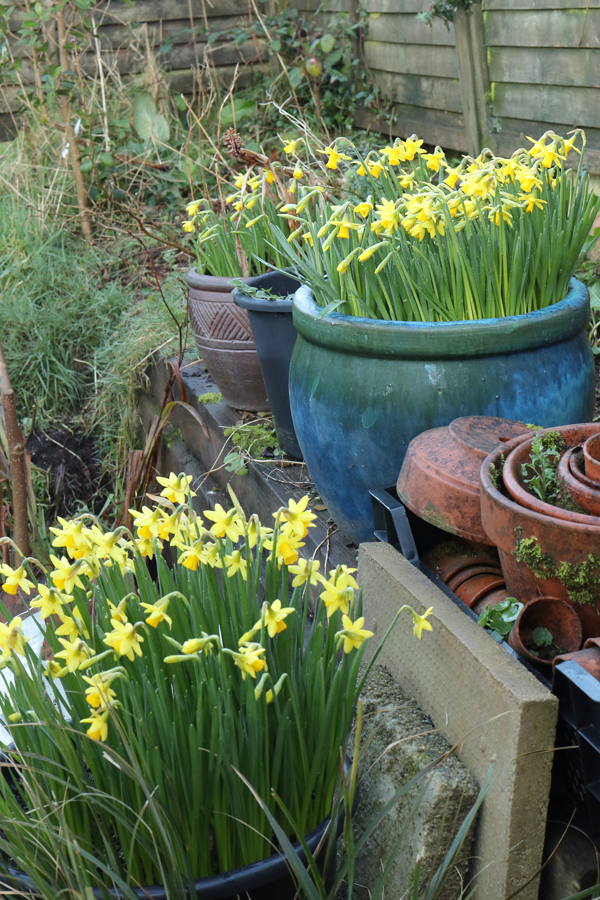 Four.
Magnolia ‘Vulcan’. Right at the left of the Tete a Tete picture is a stem of Magnolia. It fell over a few years ago, slowly, over a few seasons, until it was resting on the tunnel roof and plum tree. I cut it off and left the stump at around 3 feet. It started shooting and now, after two seasons growth, the tallest stem is around 5 feet. Last weekend I cut away the stump and shorter growths. Looks like it’s a survivor, which I’m very pleased about.

Five.
Muehlenbeckia astonii. Starting to leaf out, in its inimitable way. 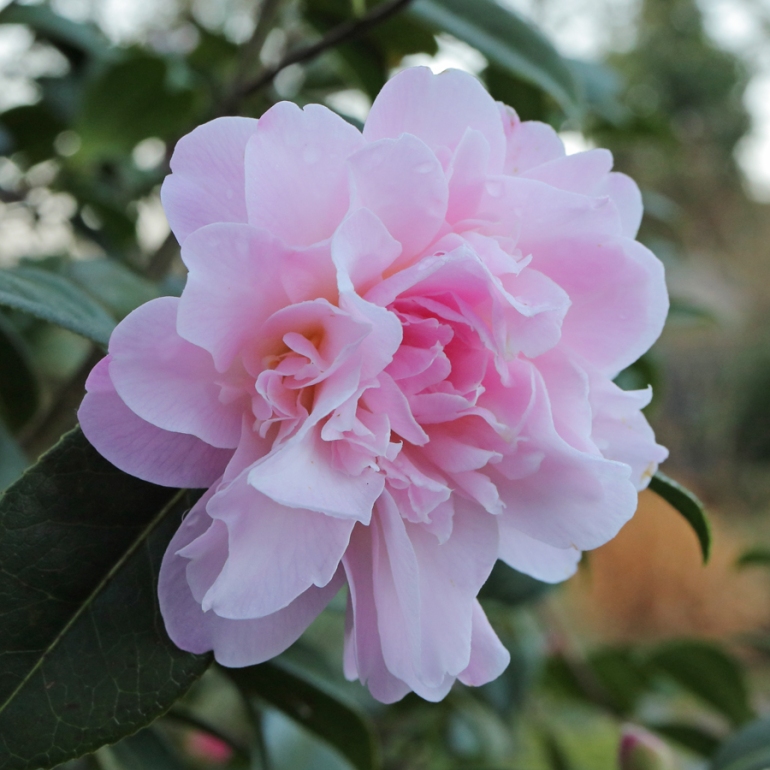 That’s your lot. A sunny day beckons and collecting horse manure might form part of it. For links to other gardeners who know how to have a good time you need to go here.