I lay awake on Wednesday evening listening to two hedgehogs mating just outside. Yes, I’m happy to have hedgehogs and very glad they are breeding. I wish I knew where she was going to have her babies so I could keep well clear. They were at it for at least 45 minutes. Shameless.

One.
Primula japonica ‘Apple Blossom’. Well, I say that, but it was one I picked out of a mixed batch at a nursery so I guess they’d collected seed from a mixed planting. It’s pretty much what you’d expect ‘Apple Blossom’ to look like. It’s just starting, I’m hoping for 5 or six whorls of flowers, which might mean it needs watering.

Two.
Iris ‘Pacific Hybrid’. I’m making that up too. I bought this at Greenway many years ago because it had a particularly good Hesperantha growing and flowering in the pot with it. Hesperantha was still Schizostylis then. It’s long dead but the iris keeps on. This is by far and away the best flower display it’s ever produced, up till now five flowers would have been a good year for it.

Three.
Sue’s cactus house. I took this from the door, which is generally as close as I get.

Four.
Astilbe x arendsii ‘Color Flash Lime’. As a gold foliage plant this is really rather good but like most of the yellow leaved Spiraea’s it does itself no favours by flowering pink. 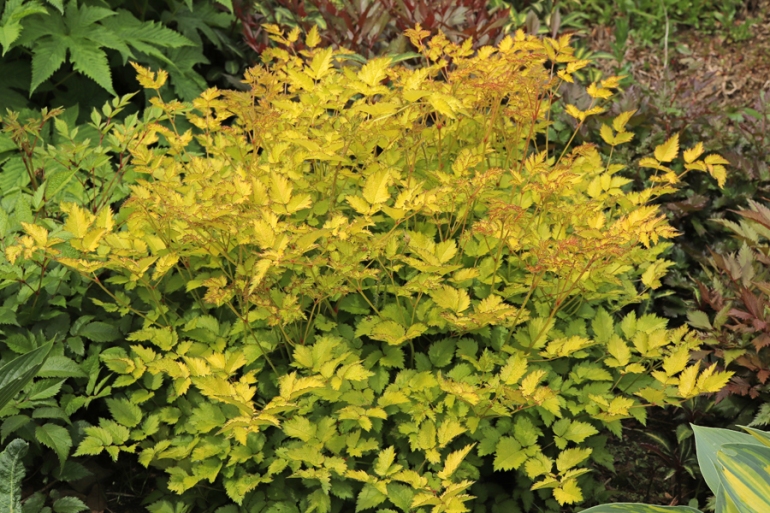 Five.
Fuchsia ‘Cornish Pixie’. I was in trouble earlier for saying I could see no difference between this and what we grow as F. microphylla or F. bacillaris. I said I thought they were all the same thing, even if we had obtained them under different names. It matters not; we planted a row of these to separate our front garden from next door’s and they have sailed through the winter without ever stopping blooming and now have more flowers than ever. 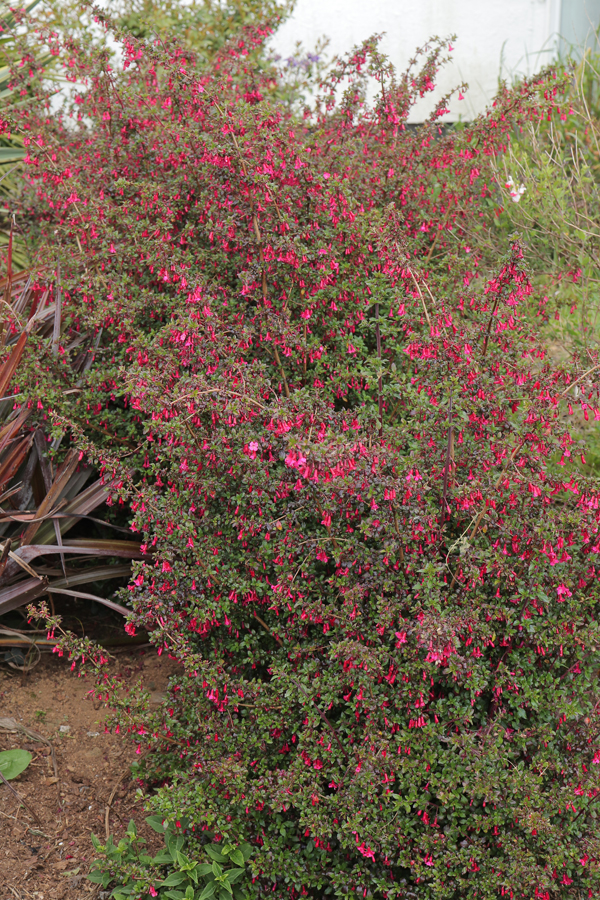 Six.
Camassia. My Camassia leichtlinii flowered weeks ago, I’ve cut off the finished spikes. I put them on the 20/4 six. Camassia quamash made it for the 27/4 and are all over now. They’re the ones at the front of this picture. So what are this lot? Same height as C. quamash, lighter colour, three weeks later. I don’t remember planting them and I can’t find a label. Look a bit random, as if they might be seedlings. Any ideas?

Our garden club has its annual plant sale today, a far from grand affair but if I can get rid of a few more plants I shall be happy. It’s chaos here, so much stuff waiting to get planted on the allotment, Fuchsias needing the benches that I will move out of the glasshouse, cucumbers needing the space that moving the benches makes, and so on. All too familiar to many of you. From above the area outside the back door looks almost orderly; I washed pots while waiting for a phone call that never came. By next week the whole area will be CLEAR!