With a bit of luck the short return of winter forecast for this weekend will spare the far southwest; frost at this stage of the great unfurling can do untold damage. Just now it’s raining, but just a passing shower methinks.

One large oak tree at the southwest corner and a few overgrown shrubs are what passes for woodland in my garden. They provide shade and shade provides conditions for a whole range of suitably adapted plants. This is their season, grabbing the short window between the depths of winter and the deep shade and dryness of summer. Here are six of them.

One.
Maianthemum racemosum occurs across North America with the western form being a bigger growing polyploid version of the eastern form. I don’t have a clue about the origins of mine. I have a couple of forms; this one is growing in the shade, and root zone, of a large conifer; given more moisture it would almost certainly grow bigger and better. 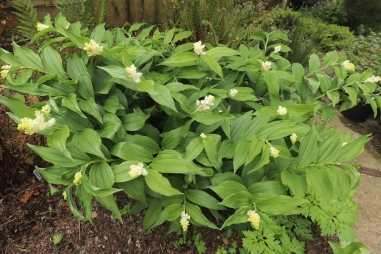 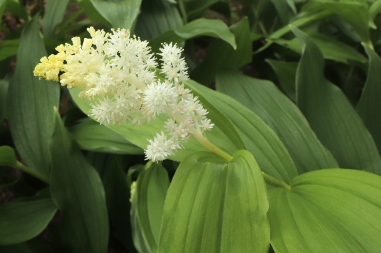 Two.
Disporum is a large and mixed genus and I grow several different forms. This one is Disporum bodinierii, which like the Maianthemum, is probably underperforming for lack of moisture. It’s planted in the shade of my big bamboo, always a risky strategy as its event horizon marches relentlessly outwards. Too dry, the Disporum manages about 18 inches. The book says 6 foot, the label says nothing. I really must move it, I want to see what it’s really capable of. 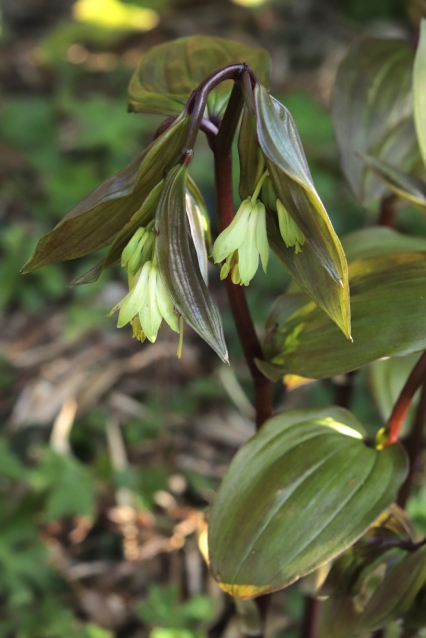 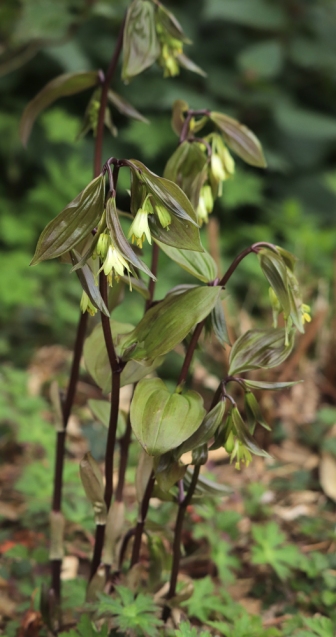 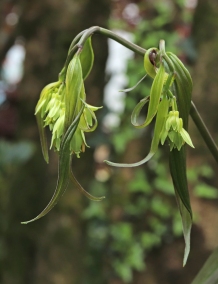 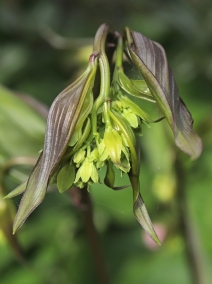 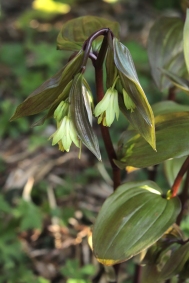 Three.
Polygonatum mengzense f. tonkinensis HWJ573 is very different from the other Polygonatums that I grow and is now sending up its new shoots for this year. The new leaves are dark reddish-brown and the stems are mottled the same colour. The flowers are tiny but they are followed by bright red berries which are still on last years shoots, contrasting with the by now green foliage. 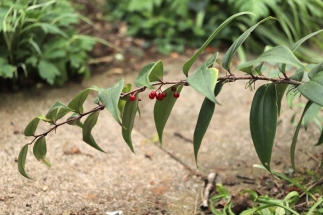 Four.
Podophyllum ‘Spotty Dotty’. This is just the most undemanding plant. I think it got caught by a late frost one year and it does like plenty of moisture but boy does it repay the small amount of trouble taken. 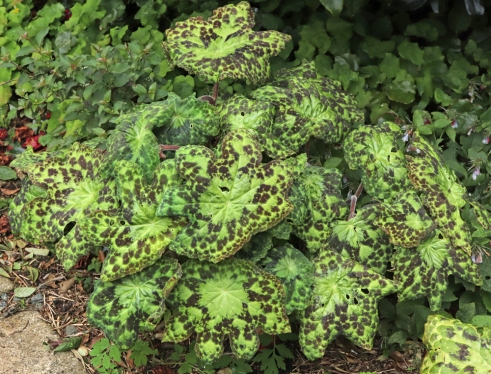 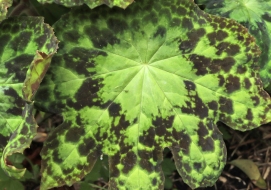 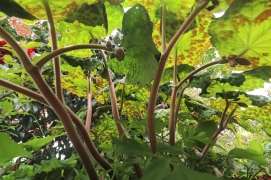 Five.
Convallaria majalis ‘Hofhein’. Lily of the valley has a reputation for either being successful to the point of invasiveness or not doing much at all. I suspect this belongs in the former category but hopefully it will be contained by its equally thuggish neighbours. The variegated edge to the leaves makes it slightly more interesting (doesn’t it?) which is just as well because its floral performance is a tad underwhelming; very small flower spikes completely hidden by the leaves. They may be scented, I’m not going snuffling like a truffle pig to find out. 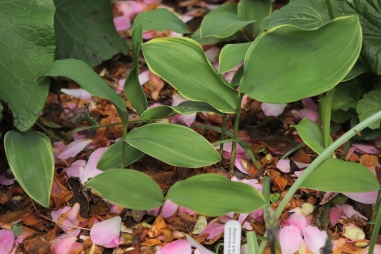 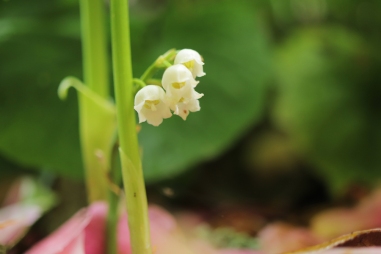 Six.
Epimedium ‘Windfire’. I am not good at resisting beautiful plants of Epimediums on specialist nursery stalls at plant fairs. Not a good thing, because I’m not very good at growing them either. I can grow the easy ones but the newer introductions from China and the numerous hybrids of them don’t seem happy here. Too dry? Too many slugs? Frustratingly I don’t really know why they are failing. This one seems to have settled in OK. The challenge of taking its picture will keep me going for a while though. 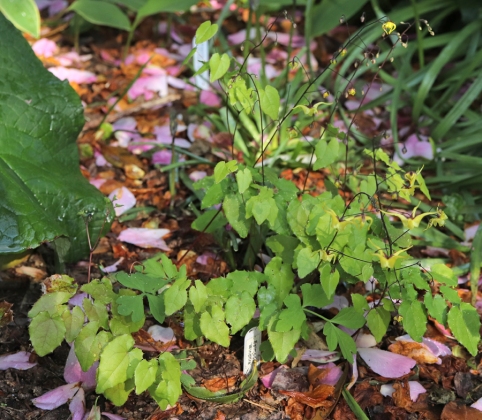 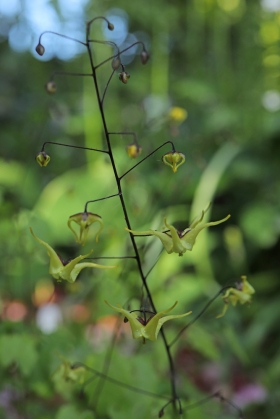 The rain has stopped, the sun is shining. The garden beckons. Across the world the sixers are posting their posts and going out to scent mark their territories, tweaking and preening their photosynthetic eukaryotes as they go. We are linked by an obsession and we are linked by The Propagator, the centre of whose web is the comments section of his own six, where a small downward movement of the index finger will transport you around the world. Oh shut up will you!