One.
With a strong sense of not having a clue what I was doing, I pruned my ‘Victoria’ plum tree. Shortened all of last year’s shoots to a couple of sideshoots and thinned it out some. There are some serious signs of bacterial canker in it so I don’t know how much longer it will last. (For anyone interested, I used my new ARS 180ZF-2.0-3 telescopic pruner which I bought from the excellent Sorbus International.)

Two.
When Ron Scamp came to our garden club back along, I bought a number of bulbs from him, the last of which is now flowering. This is the poeticus hybrid ‘St Petroc’, and very beautiful it is too. The big question, as ever, is will it come back next year? If it does, more will be purchased, several more. 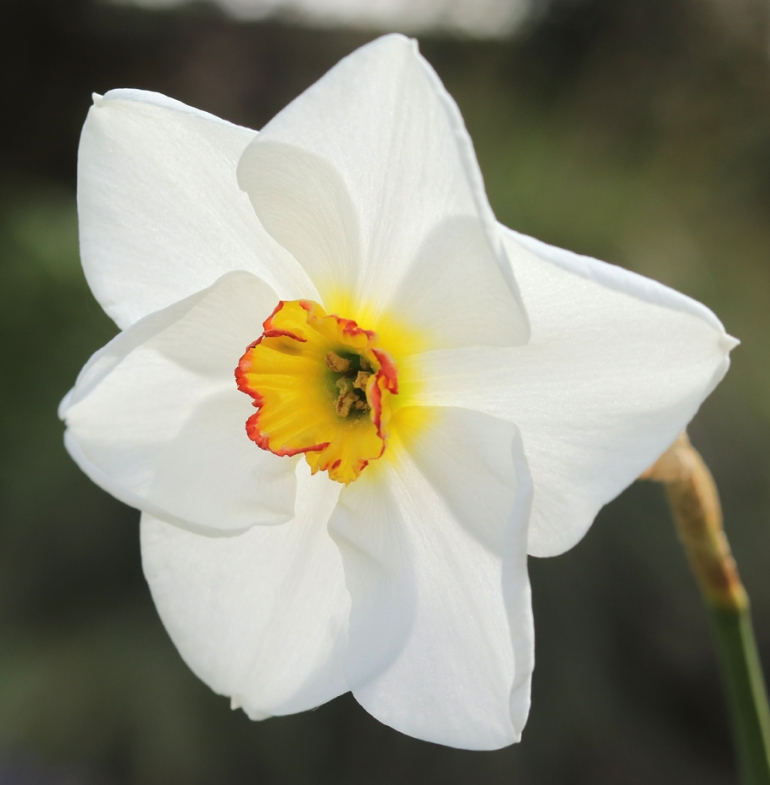 Three.
Disporum sessile var. macrophyllum BSWJ4316. The bells are 3cm long on a plant 50 cm tall. It has been in for a few years and had remained as a tight clump until now. Last year seems to have suited it and I have shoots coming up 60cm away from the main clump; it’s on the march. Dan Hinckley says it comes from the summer warm and humid parts of east Asia and is a weaver rather than ground cover in his Pacific North West garden. A classic woodland plant. 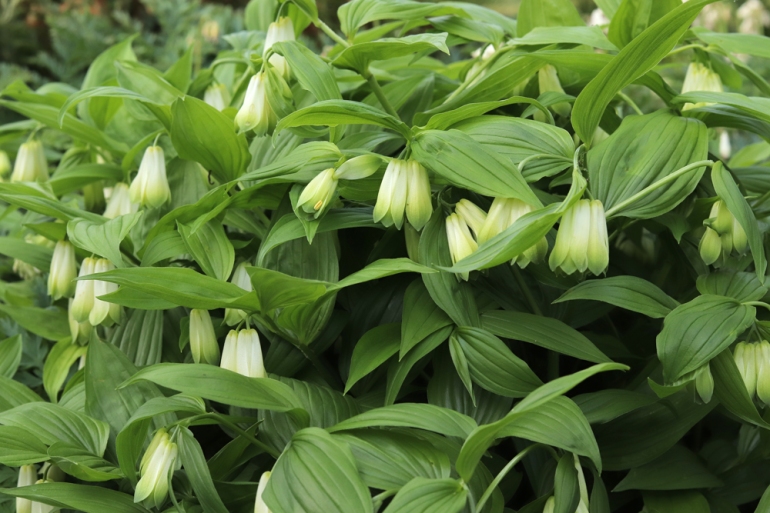 Four.
In terms of refinement Lunaria and Disporum are at opposite ends of the gardening spectrum. Just off the A38 at Doublebois (pronounced Double-boys) the road goes over the railway and along the edge of the road a couple of years back was a wonderful display of this very fine purple-red form of Honesty. It’s all gone now, but I did manage to collect a bit of seed when it was in its pomp and now have my own clump.

Five.
I’ve shown this before, back when there was less happening and it had opened a couple of blooms. Magnolia ‘Ann’. It has grown determinedly sideways and has had numerous bits snipped off as they’ve crowded other things. Nothing has come off the top, which is flat. It’ll do a better job of obscuring the midden out front of the greenhouse when it’s in leaf.

Six.
Camassia leichtlinii. We had a sizeable clump in one flower bed and every year they came up, flowered for a week then flopped on top of everything else. Last year I dug them all up and replanted them along the bank at the back of the garden. And did a poor job of getting them all, since there are almost as many still left as there were before. The ones I did succeed in moving have done very well too and can flop down the railway sleeper wall while the Fuchsias grow up around them.

And that’s your lot for another week. For links to all the other sixers go to The Propagators entry where you will find them all in the comments. For me it will have to wait, it’s car boot season again and another attempt to flog off some of the ridiculous amount of plant surplus that we seem unable not to grow. Then back to produce more so we have to do another one. It’s madness. I should be forced to live in a tower block for a year to cure me of it.