I spent a good deal of yesterday on the showground at Wadebridge, helping set up a stand for the International Camellia Society at the Cornwall Garden Society Spring Show. I’ll be back there tomorrow on the stand. My plan for today’s six was to take some pictures up there yesterday, but it didn’t work out that way, it never does.
So I was out in my garden early-ish this morning with my camera. The thing I’m impatient for at this time of year is to have bare soil disappear under new growth. It’s happening slowly and I’m pleased at the contribution that planting crocus, snowdrops, scilla and other persistent bulbs has made. I found myself photographing patches of bare ground to remind me where I needed greenery at this time of year, like around cut back Fuchsias. Not the stuff of sixes though, Mr Prop has never included bare ground in his lists of suggested qualifiers.

One.
In the autumn I visited a local nursery and was very taken with Hosta ‘Raspberry Sundae’ but thought it wise to let him get them through the winter, providing me with an excuse to go back this spring. That I did earlier this week and bought two for a pound less than one of the stands at the show wanted for one of exactly the same size. I shall grow both in pots for a season or two. 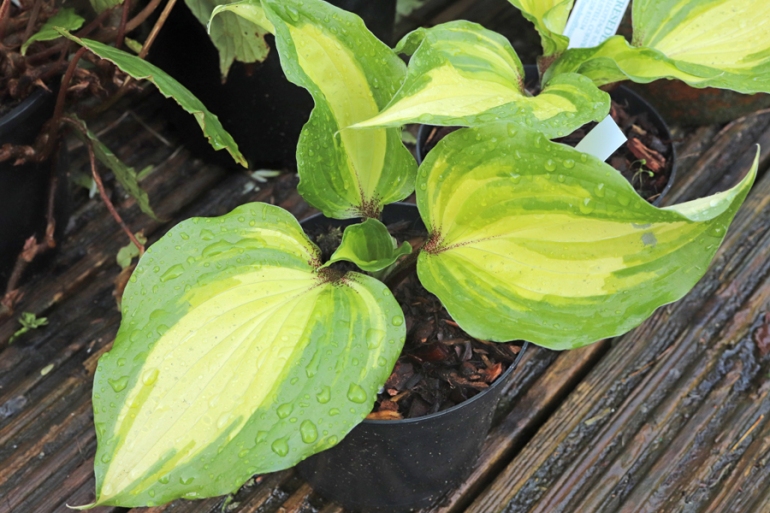 Two.
Clivia miniata, yellow seedling. Now he did tell me what this was a seedling of, but I’ve already forgotten. Suffice it to say there were lots flowering and this appeared to be the best colour, though they were very similar. I like the idea that it could be grown from seed, I wont be dead-heading mine. I’ve wanted one of these for so many years. 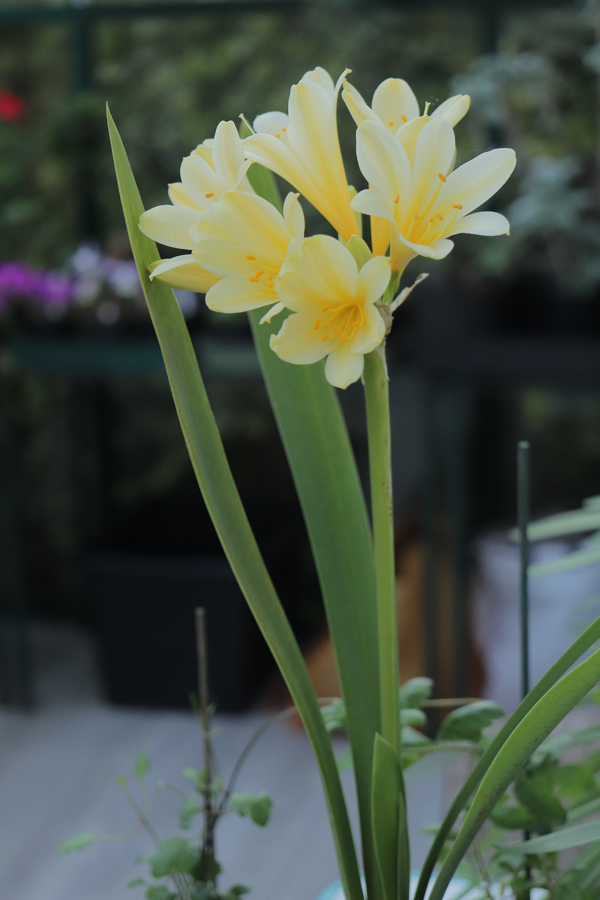 I also succumbed to Cantua. He had one about 4 feet high in a pot and sold me a baby out of his propagation area. Flowers like Abelia floribunda on steroids. I see Abelia no longer exists, its members redistributed amongst other genera. Sigh. I feel I should give Treseders nursery a plug. It’s a hidden gem, should you ever find yourself in Cornwall; well worth seeking out. 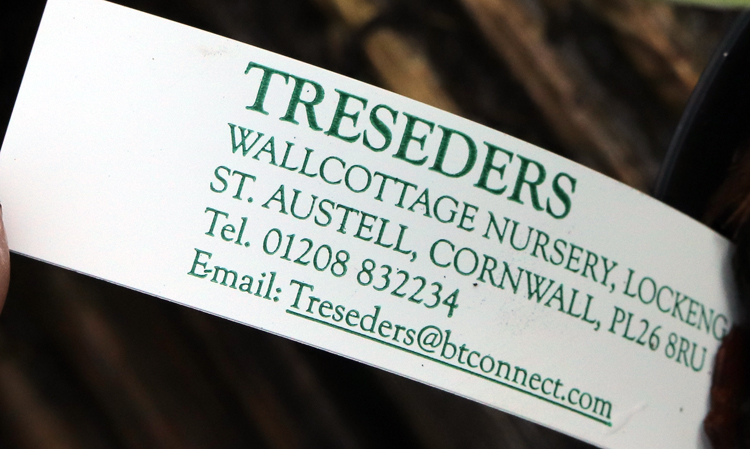 Three.
Periwinkle has been getting a fair amount of stick in recent weeks, not entirely undeserved for Vinca major and V. difformis. Vinca minor in its various forms is a much better plant for smaller gardens. It is much slower spreading and makes a much denser mat. Useful for very dry places, though it grows almost anywhere. This is V. minor ‘Argenteomarginata’ if memory serves. 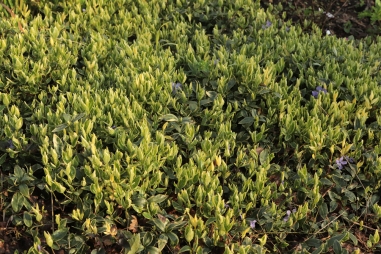 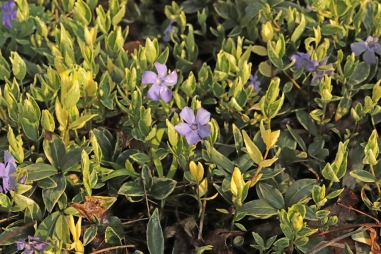 Four.
Asphodelus albus is a thing I’ve had for many years. It seems to be in two or three places, though I only ever planted one and it’s no longer where it was. It puts up two foot stems with masses of buds at the top, then opens only three of four at a time. Gardening is full of disappointments, but you don’t need me to tell you that. 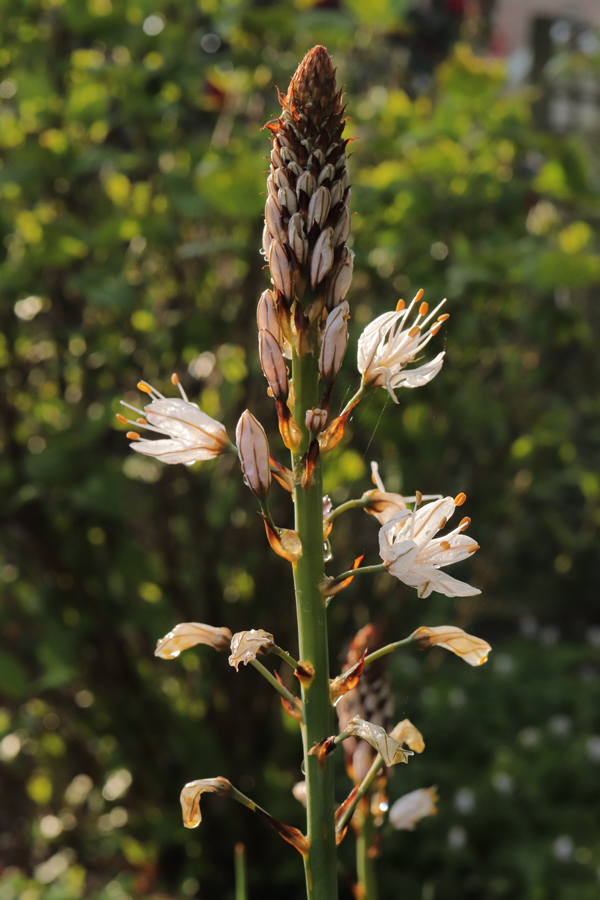 Five.
Chaenomeles speciosa and Asarum proboscideum. Or Chinese Quince and Mouse plant if you prefer. There are probably flowers under the Asarum leaves, I didn’t look. The Chaenomeles was razed to the ground a couple of years back. They’re both thugs, they deserve each other. 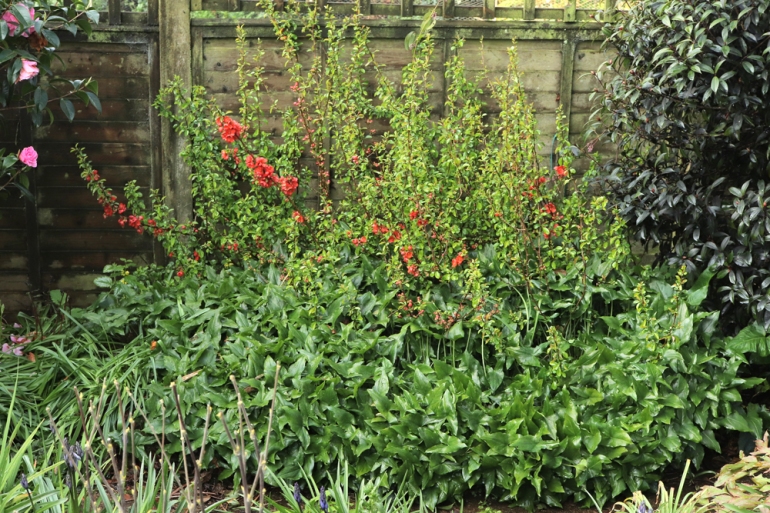 Six.
Seeds. I’ve sown around three dozen sorts this week, my Hardy Plant Society stuff, Australasian Plant Soc. stuff, own stuff, veggie stuff. Typically they are sown in small pots the pricked off into these cell trays. From there they may go straight into the ground, as in lettuce, beetroot, onions, or they may be potted on into 9cm pots and grown some more before going out, like Dahlias. The cell trays get washed and re-used four or five times at least, says he, getting defensive about using plastics. 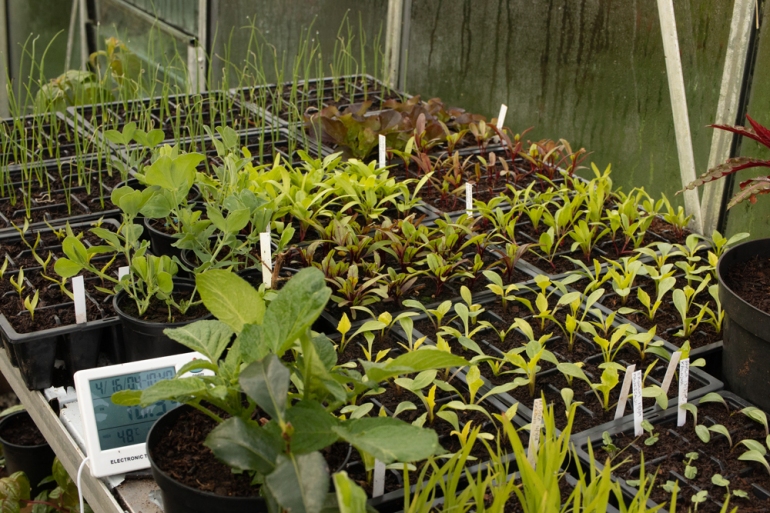 The sun is shining, I need to get on. Cross over to The Propagator’s six post for links to loads of other contributors from around the planet. Come and say hi if you’re at he flower show tomorrow. And next weekend is the RHS show at Savil Garden. I’m going up country.