I usually have to pretend I’m writing on a Saturday but not this week. A blizzard of a week, possibly; disorganised, certainly; bit of a sense of things slowing down, not so much changing from one week to the next, let’s go with that.

Six reflections on the colour red.

I had a row of Dahlias on my veg plot last year, which I dug up last autumn, and missed one. Dahlia ‘Alva’s Doris’ amongst the cabbages.

Talking of cabbages, this is ‘Kalibos’, a “red” cabbage. Strip away the outer leaves and it would look better; slice it in half and it’s a thing of beauty. It’s not red though.

“I support the left, but I’m leaning, leaning to the right”. Changing allegiances later in life, how does that happen? I blame JK.

I already peeked at someone else’s post and am experiencing a twinge of guilt over this one. I grew chillies this year, for the first time. ‘Apache’ and ‘Ring of Fire’. They did rather well, and there’s more to come. Lots more. 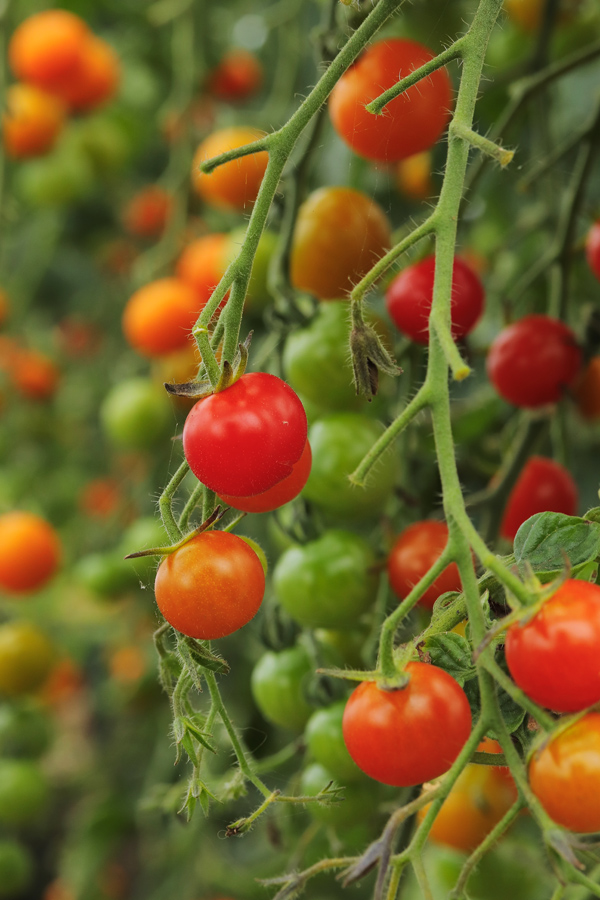 Not meant to be. There was a rogue seed in the ‘Sungold’ packet, which only became apparent when these very small red cherries ripened. They’re OK, but ‘Sungold’ are better. 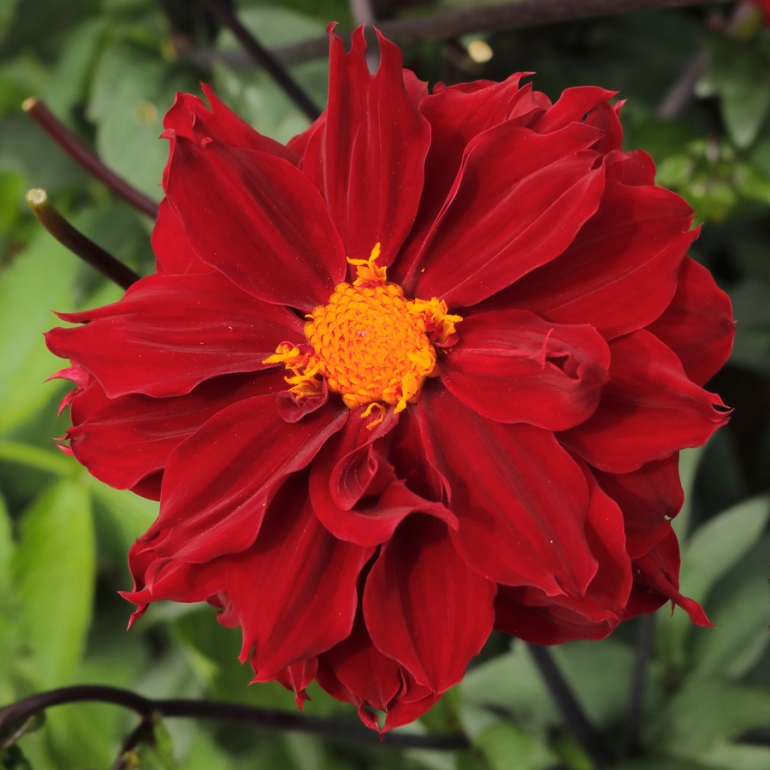 Start with a Dahlia, finish with a Dahlia. Really deep reds don’t jump out like the vivid reds; I’m drawn to them close up, but they don’t pack a punch in a planting scheme, especially if they only produce a few flowers at a time. They’re also difficult to get an accurate photo of, this is about right, but it’s away from the context where it’s growing, amongst many other, brighter Dahlias. It’s the darkest of my seedlings. Name, you want a name? I’ll call it ‘Jim’s Dark Red’, unless you can come up with something better.

Right, I’d better get this posted and stick a link onto The Propagator’s Six, so the world knows I’m still here. I urge you not to be a passive bystander but to join in, it is truly fascinating to get these little windows into such a wide range of other people’s gardens.