Every month, for a day or two leading up to making this regular posting, I muse on what I am going to say. Mostly I am thinking about the garden overall, rather than about specific plants, but overall is the sum total of what key plants are doing, so there’s overlap.
This month I had formed a strong impression that the earlier stuff was all but over, a little earlier than usual because of the hot weather, but the later stuff was perhaps a little behind because the ground had become so dry.
So I took this picture from our bedroom window and compared it with the same view from a year ago. Virtually identical. Seems like my June gap comes in July, though It’s not too pronounced. A little more effort to get dahlias and fuchsias going strongly earlier and I will have cracked it. 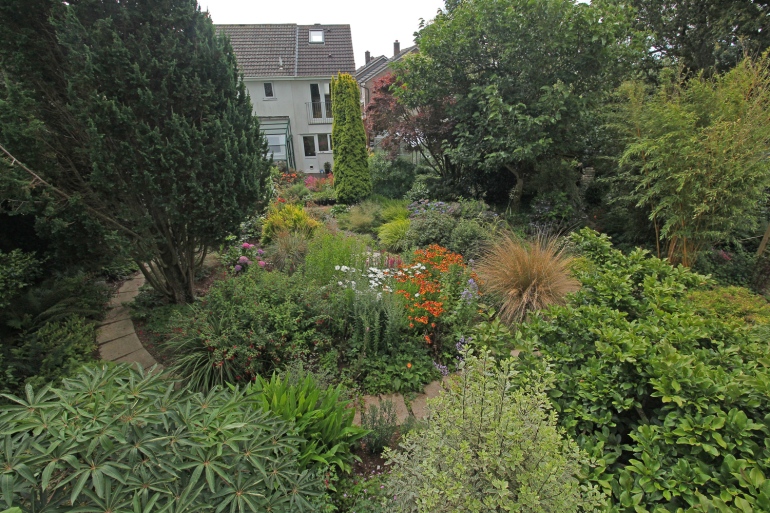 The viewpoint I have used back towards the house has been all but closed off by the Schefflera and Pittosporum at the bottom of the picture. I put the camera on a monopod and held it aloft as high as possible, taking the picture with a cable release. 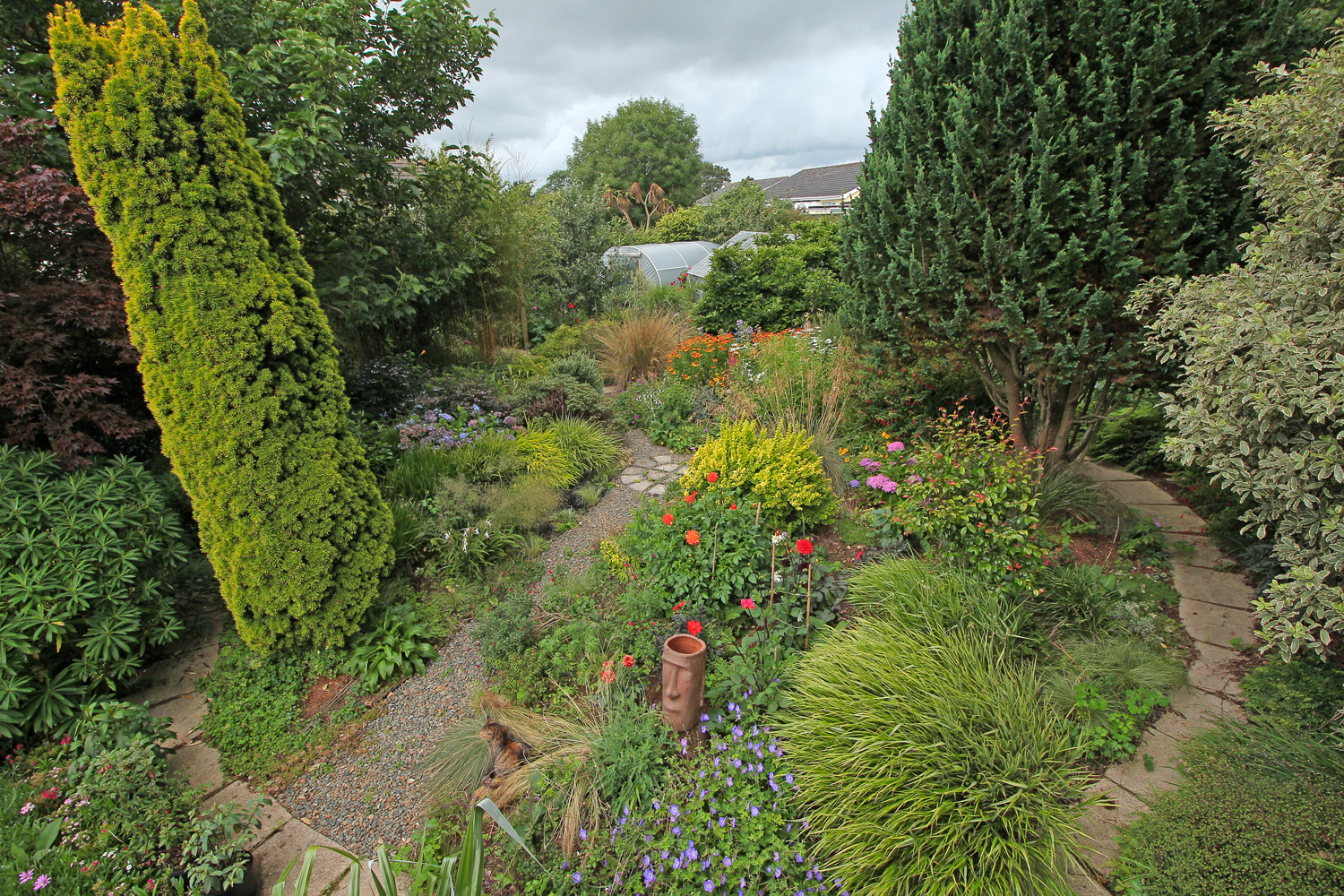 I used the same technique for this shot. The polytunnel and the camellias and Magnolia immediately behind it are in the far corner of our patch. Last year I had a pink dahlia amongst the oranges and reds behind Herman the Head. This year I put it elsewhere but planted out the pink hydrangea, so there’s the same clash. I thought it would be over by now, at least that’s my excuse.

This is probably my favourite bit at the moment. Helenium ‘Sahin’s Early Flowerer’, with a Shasta daisy behind it, which always flops. The taller Helenium to the right is ‘Chipperfield Orange’. I have Mina lobata growing up the metal obelisk, it can sprawl over the Helenium and keep the flowering going into the autumn.

I don’t often mention the front, but we have just for all out vulgarity with bedding in pots, tempered with several Eucomis and Agaves montana and parryi which stay out all year round. So much crap is talked about bad taste in gardening, a few years bag Dahlias were the epitome of vulgarity, now they’re the height of fashion. I can’t be bothered with it. Bright colours are uplifting, the end.