On the 6th of May three years ago I somehow stumbled across the innaugural six on Saturday post by The Propagator and felt moved to respond. I may have missed a week somewhere in those three years, I really don’t remember. It makes this my 156th six on Saturday post. Perhaps you think I should be doing a special anniversary edition, in which case disappointment awaits you. What I will do is to say a big thank you to Jon for getting it all going and keeping the show on the road. It’s proved the perfect vehicle for saying a little about a lot of different things and for showing some of the thousands of pictures I take to a wider audience than just myself. Most gardeners I know are keen to show other people round and point out their favourite plants, biggest successes, happy accidents and so on. Many of us will have flirted with the idea of opening our gardens but been put off by the complexities involved. SoS provides something of the same opportunity without having to bake cakes, organise parking or check peoples bags on the way out.

One.
My waterworks. I try to capture and store rainwater for my watering needs. I have about 3000 litres storage capacity, comprising a 1500 litre tank and 7 water butts. There’s a submersible pump in the big tank which I use to pump water where I need it, but in order to do so I have to get the water into the tank. One small section of the roof drains into it and the water butts fill from two glasshouse roofs. Two thirds of my off roof water goes into 100 litre water butts from which I pump it into my main storage. At the beginning of this week it was about a third full, now it’s all full to the brim, which involved a lot of dragging pumps and hoses about in the rain. It’s gardening Jim, but not as we know it. 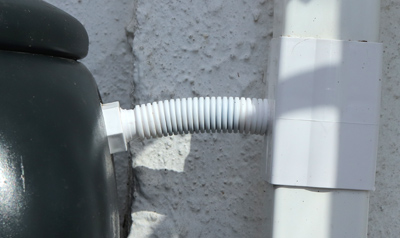 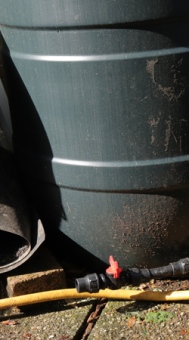 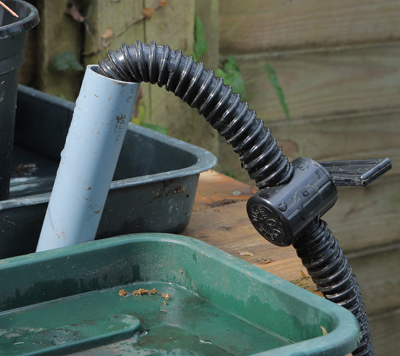 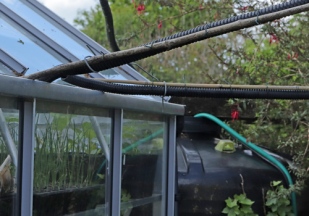 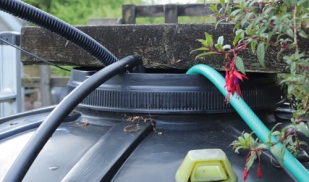 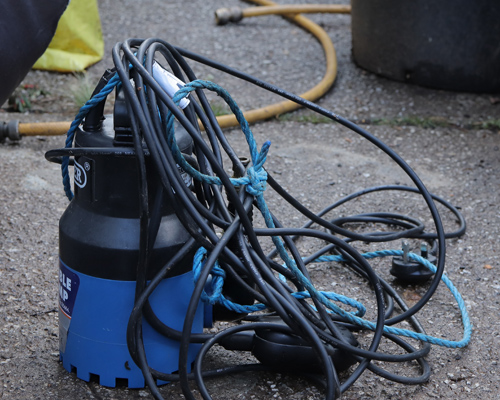 Two.
Asphodelus albus. This seems to be happy here, the two or three clumps I have expanding a little each year and flowering reliably. It’s about three feet tall with an untidy clump of leaves at the bottom. Wildside garden had big drifts of the similar Asphodelus ramosus when I visited last year, similar but with branched flower stems, making a bit more of an impact. I got seed of it from the Alpine Garden Society and have 10 or so seedlings coming along. 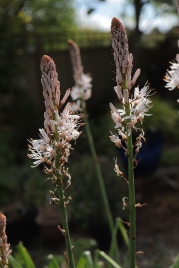 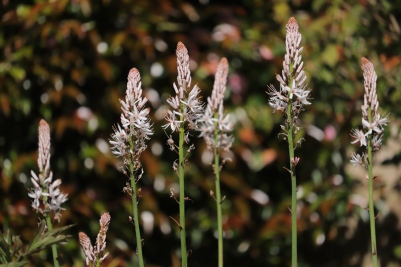 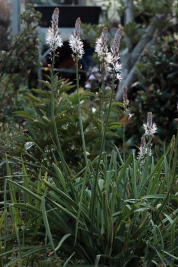 Three.
Berberis thunbergii ‘Golden Torch’. As a young plant on the nursery this grows narrowly upright and is a very bright yellow. In the garden it doesn’t keep the shape but is still bright, comes into leaf early and has flowers now which the bees seem to like. 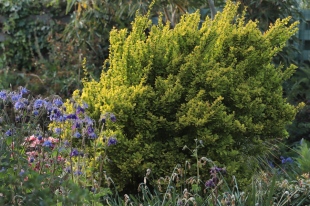 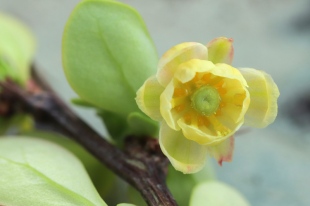 What it also has, in common with other Berberis and also Mahonias, is touch sensitive stamens. I tried to film what happens when you poke the stamens with a bit of wire. It might give you a sense of what’s going on. The five stamens are pressed back against the petals and when disturbed spring forward onto the stigma. Gently squeezing the petals inward is enough to set them off.

Four.
Bluebells. I’ve been contemplating a blog on bluebells but by the time I get around to it they’ll have finished for the year. We have loads in the garden and I suspect that all or almost all are hybrids between the English and Spanish species. I say ‘suspect’ because some are almost perfect English types and some typically Spanish, then you look again and there’s something not quite right. Here are one of the best of each.

Five.
Corydalis ochroleuca. There’s barely a month in the year when I couldn’t put this in, it seems to flower more or less continuously, seeds around modestly and is an altogether lovely plant. 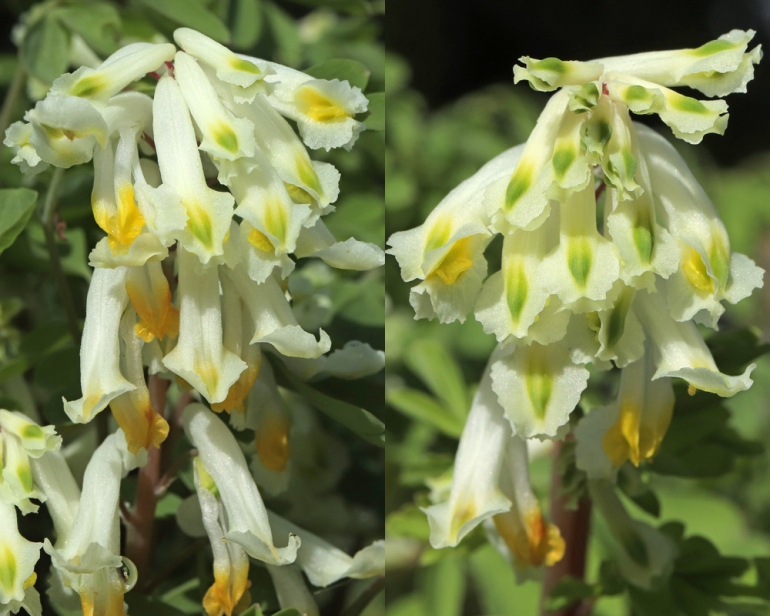 Six.
Alstroemeria ‘Indian Summer’. By late autumn last year this plant had stopped flowering but was still a clump of stems with occasional buds at the top, none of which opened. Not until now at least. It is now flowering on every one of last year’s stems but only just beginning to produce new stems for this year. There will presumably be a gap in its flowering when this lot are done. It’s against the south facing front wall of the house, which seems to have protected it just a little more than the similar plant in the open at the back of the house. That one eventually got frosted and cut down; it’s a mass of new stems about half way grown. One day I’ll remember the name of the succulent in the pot to its left: that came in for the winter. 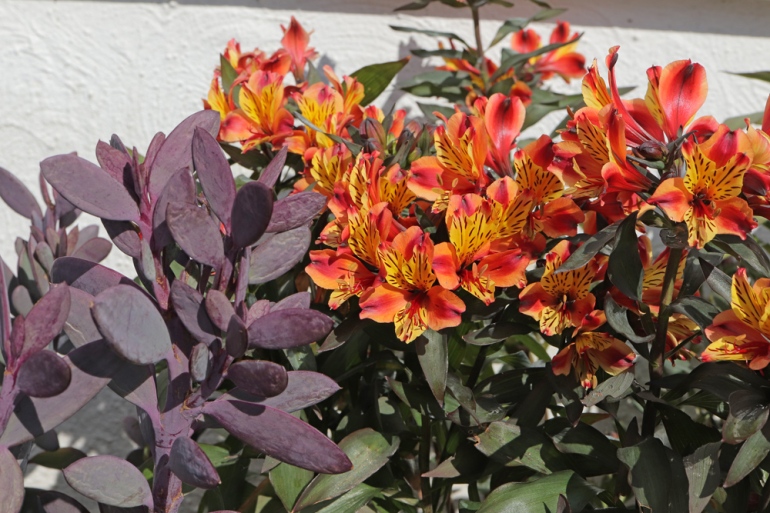 More rain forecast for tuesday, then mainly fine for a week or two, this is turning into a very good growing season. Today I have Dahlia seedlings to pinch, seeds (veg) to sow, seedlings to prick off, the daily round of moving things in and out to harden off. I think I’ll plant more onions on my allotment. The small things that add up. Reading about everyone else’s gardens too of course, accessed through the usual rabbit hole.
Have a good week.