It’s not for improving, this weather. Looks like the week after next might be better. I’m clutching at straws.

One.
Right, let’s get this one of my chest. On Monday I went to my local garden club and someone had brought along Daffodil ‘Rapture’ for the flower competition we have. Last year I planted five bulbs and they were rather good so this year I bought some more, without waiting to see if last year’s bulbs came back again. They are barely above the surface and not looking very happy. Of last years five bulbs only two are back up, blind and with a few streaky leaves. I looked up Daffodils and their ailments. Seems it could be stem eelworm or root lesion eelworm, basal rot, smoulder disease, Narcissus fire, Narcissus white mould or grey bulb rot. The streaking says virus to me, maybe narcissus degeneration virus, latent virus, mosaic virus, narcissus tip necrosis virus, narcissus yellow stripe virus, arabis mosaic virus or cucumber mosaic virus.
I read an article yesterday which said Cornwall produces about 95% of the daffodils sold worldwide, that’s as cut flower, and I can’t grow the sodding things! 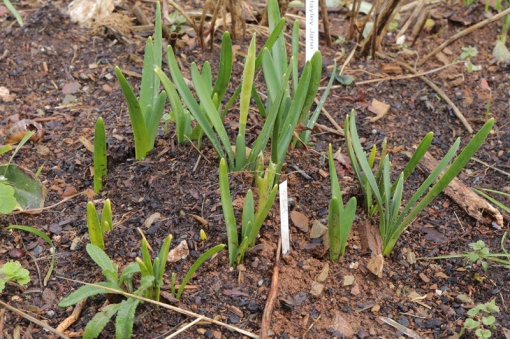 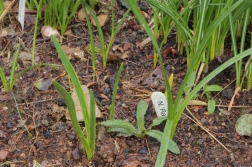 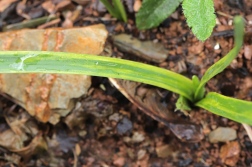 Two.
Moving on swiftly to Muscari ‘Big Smile’. Grape Hyacinths grow like weeds in the main, though the slugs are overly fond of them. I have several and am always on the lookout for different ones. 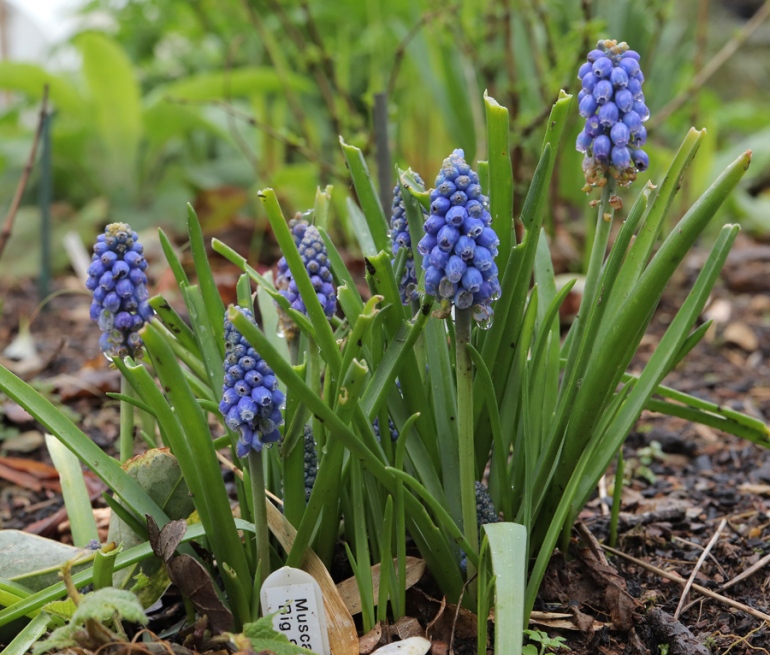 Three.
Primula ‘Wanda’. Sue brought Primula ‘Wanda’ from Scotland with here well over thirty years ago. A friend of ours has something similar which she calls ‘Wanda’ which I was incautious enough to admire, resulting in the inevitable donation to my garden. It’s different, but not by enough to be sure of unless side by side. I also now have a plant from the lovely Noelle and that is identical to our original one. Both are clearly members of the Primula x pruhoniciana tribe, hybrids between P. vulgaris and P. juliae. I see the RHS have ‘Wanda’ as P. x pruhonicensis, accompanied by a picture that looks nothing like it. There are dozens of named forms, going back over a hundred years.

Four.
Bergenia ciliata. I bought this from Rosie Hardy when she gave a talk to the Cornwall Garden Society last year. It’s sat there not doing much since then but has now started to flower. I don’t wish to sound ungrateful but I’m tentatively hoping for a little more than this. 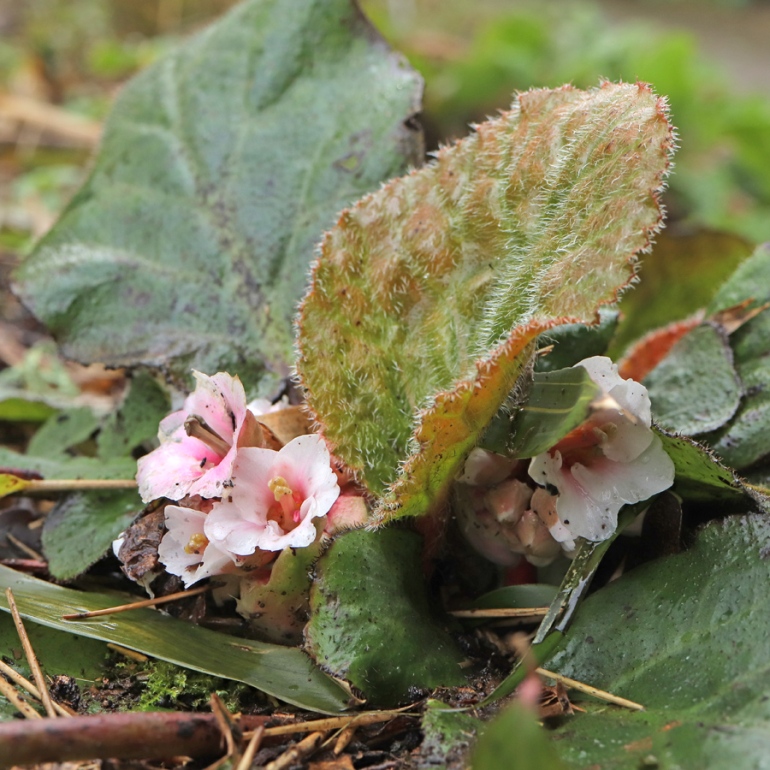 Five.
(Number five was going to be Trachystemon orientale but I suddenly thought I might have done it recently. I had, just two weeks ago. I need another plant.) Right, I’m going with feeding pot plants. I pot stuff into multipurpose compost to which I add Osmocote controlled release granules that last 9 months. The following season the plants need potting on into fresh compost, planting out, or feeding. I still have the remains of some Osmocote Top Dressing for nursery stock, it’s very good but as far as I’m aware not available outside the nursery trade. Hakonechloa, Fuchsia and Eucomis for starters.

Six.
Number six was going to be Camellia ‘Annette Carol’ but I did that three weeks ago. This then is one that is still in a pot in my tunnel but really needs a spot in the garden. It’s not very hardy, which is less of a problem with every year that passes, but it will need a sheltered spot and I just haven’t found the place for it yet. It’s Camellia yuhsienensis. Another fragrant one. It got a fleeting mention a couple of weeks ago. 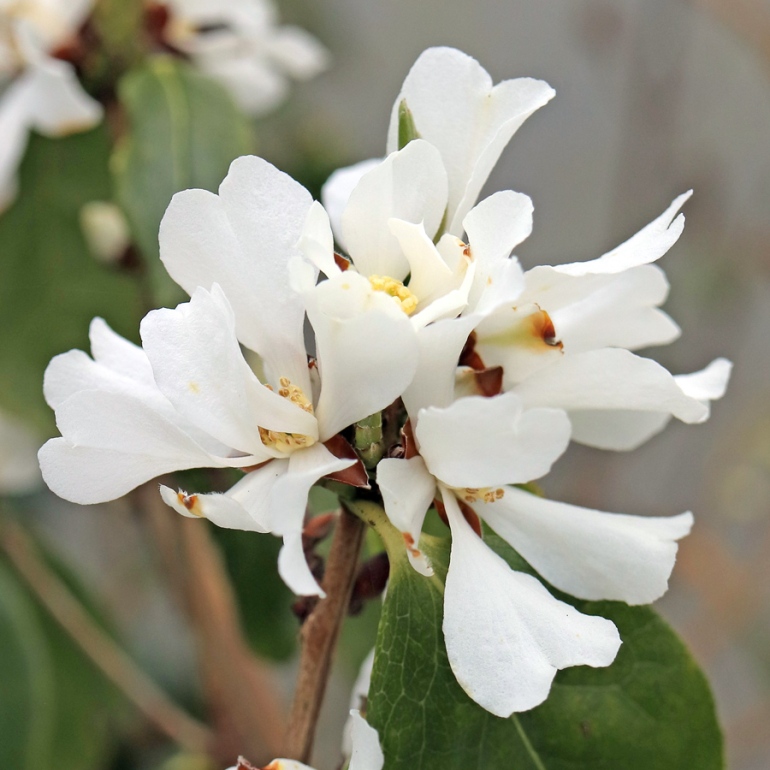 That’ll do. Wrap it up and get it posted. Check what’s come in already to The Propagators blog hub. Then go and sprinkle fertilizer like fairy dust around the potted plants, starting with the outdoor ones that will have had every atom of nutrition washed to the sea by the unending deluge.