This week has been a bit cooler and I might have expected the precocious spring to be put on hold. Not a bit of it, buds are swelling, in some cases breaking and there’s a sense that we’re into the growing season proper, leaving behind the usual early performers.

One.
Scilla luciliae. These are spreading nicely, including into the gravel path. Fine by me, they can spread where they like.

Two.
Oh dear. When I planted this Hepatica a long time ago I judged it to be at a safe distance from the bamboo. Once the bamboo had overrun it there was nothing I could do, there was no way of digging it out without chopping it to bits. I expected it to succumb quickly but it hasn’t. Even after about five years among the canes I wouldn’t say it was happy but it’s doing OK. I should remove the ivy though.

Three.
Primula ‘Bellarina Pink Ice’. I have several double primroses and even though this is probably the best performer I think I like it the least. It seems that the line between delicate and wishy washy is a fine one, with this on the wrong side of it. 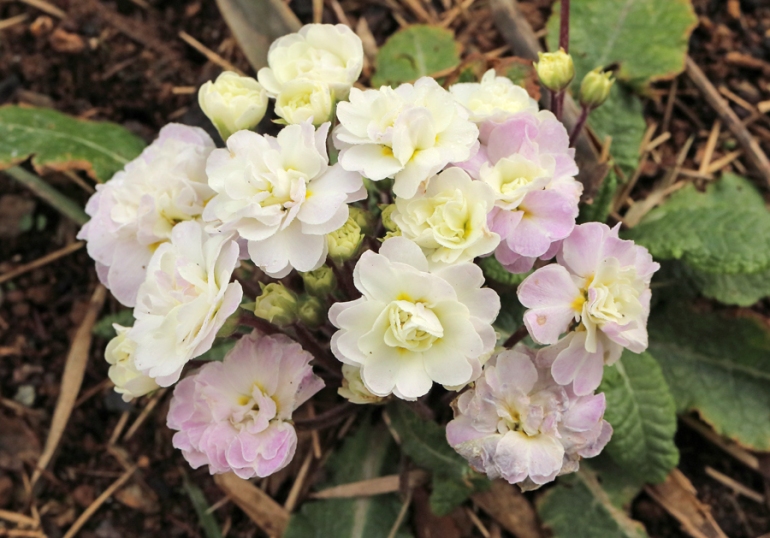 Four.
Dicentra formosa ‘Langtrees’ or some such. This will have white flowers in a few weeks time and will carry on for much of the summer. Even so, I think it’s at its best right now, with the new leaves at the point of making a solid carpet. 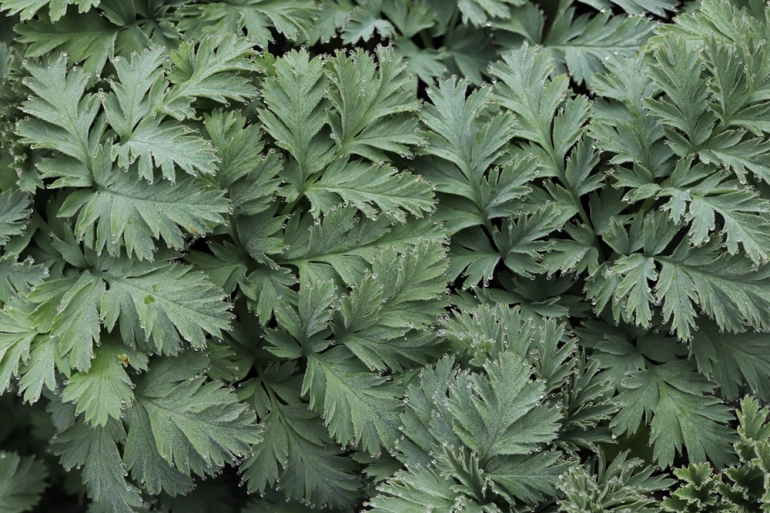 Five.
Unfurling Ferns. I have new growth all over the place on my ferns and I haven’t cut off any of the old leaves yet. When I first planted Paesia it struggled to survive the winters, in fact I almost lost it the first year and had to replace it with a pot grown backup a couple of years after that. Now it stays green all winter and cutting the old leaves without damaging the new is tricky. The other one is Polystichum polyblepharum, or Polly Polly if you prefer.

Six.
I can’t believe I’ve never put Corydalis cheilanthifolia into a six before now. It’s one of my absolute favourite self seeders. I almost never seem to have to weed it out and if I do it’s the easiest thing to pull out. It nearly didn’t make it this time either because I spotted the red Corydalis solida at the last minute. Pathetic little thing, I doubt it’s two inches tall. It’s too small to feature on its own, it can ride pillion with the other one.

Right, I need to go and do some gardening before the next lot of rain. Seeds to sow, things to dig up, things to plant. Pricking off, potting up, potting on. It’s all on the to do list. I’ve pricked off the onions, tick. Dig up hydrangea is next. Oh, nearly forgot, read a zillion sixes, courtesy The Propagator.