In Greek mythology a creature with the head of a lion, the body of a goat and the tail of a snake. In plants, and indeed animals, it refers to an organism which contains two or more genotypes.

In plants this is typified by variegated plants such as Box or Pittosporum, which may have a white or cream margin around a green leaf. The tissue of the leaf edges lacks the ability to produce chlorophyll because of a mutation.

Plant growth occurs in the apical meristem, a cluster of cells at the shoot tip which are arranged in three or four layers. The cells of the outer layer divide and give rise to the epidermis and outer layer of the plant. The other layers give rise to the inner tissues of the plant, with the cells in each layer mainly remaining discreet. A mutation will initially occur in a single cell but if that cell persists and divides it will initially give rise to a section of stem carrying the mutation, but confined to one layer of tissue. This is known as a mericlinal chimera.

If after a period of growth, the mutated tissue comes to comprise the whole of a layer, all the way round the stem, it becomes a periclinal chimera. Given that the layers of cells have a high tendency to stay discreet and with one layer now containing only the mutated cells, this type of chimera can be very stable.

If the mutation affects pigmentation, in the leaf or flower, it is likely to be highly visible and will be deemed attractive or at least interesting. Thus there are very many plants with no chlorophyll in one layer or with no pigment around the edges of their flowers.
The reproductive parts of a plant all arise in the middle layer, so cannot give rise to chimeral offspring. That said, I have seen chimerally variegated seedlings underneath variegated Pittosporum bushes, so one should never say never.

The epidermis of a leaf, produced from the outer cell layer, does not produce chloroplasts. If it mutates to be unable to produce chlorophyll, it makes no difference, the leaf remains green.  If the middle layer is albino, the leaves will be green at the centre, white around the margins; if the inner layer is albino the centre of the leaf will be white, the edges green.

A wide range of characteristics are affected by mutations expressed through periclinal chimeras. Thornlessness in blackberries, very narrow leaves in Fagus ‘Asplenifolia’, fruit colour, fruit skin thickness in Citrus, variegation and so on.

Camellias, for which I have a particular fondness, rarely produce chimeral variegated leaf forms. Most yellowing of their leaves is due to nutrient deficiencies or more commonly, virus infection. Virus infection very often causes a type of variegation in their flowers, with red or pink blooms showing a random pattern of fuzzy white blotches and marks.

Red or pink blooms with white margins will be chimeral and in Camellias tend not to be very stable, such that multiple variations can arise as the mutation takes over different parts of the meristem from which the blooms arise. Thus a plant may produce white, pink and red blooms on different shoots, even occasionally on the same shoot.

Another type of genetic variation is at play in the various camellia forms with patterns of pink and red streaks, spots and splashes on their petals. This is caused by mobile genetic factors moving to different parts of the chromosome and turning genes on and off. They have been referred to as jumping genes and are inherited and passed on to seedlings.

Maintaining a chimeral mutation can be as simple as making sure all the cuttings of a variegated plant are patterned as they should be and that reverted growth or plants are discarded. When it is a floral feature it can get more difficult as it is only apparent when the plant blooms, which may be a long time after the plant is propagated. I have had trays of propagules of camellias where perhaps only 10% flowered true to type.

Shoots that arise from adventitious buds are almost always from just a single cell layer and will no longer show the features of the chimera. Thus a variegated holly often responds to pruning by producing all white or all green shoots. Micropropagation methods which involve adventitious bud formation will be similarly likely to result in reversion.

There are a handful of instances where chimeras have been created by grafting one plant on another different plant and then propagating from a bud arising from the graft union and containing tissue of both individuals. + Laburnocytisus is probably the most commonly encountered plant of this type. 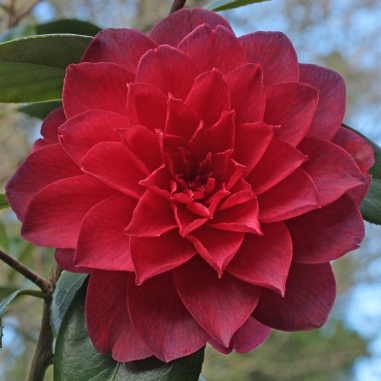 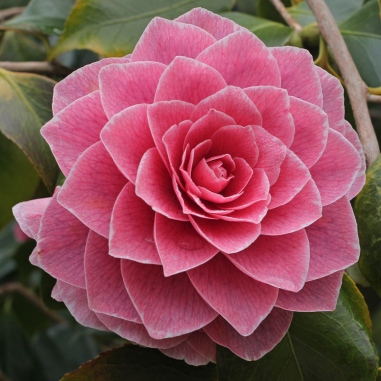 These two camellias are ‘Grand Sultan’ and ‘Augusto Leal de Gouveia Pinto’, the latter being a sport (mutation) of the former which produces no red pigment in its outer layer. I have seen both types of bloom on the same bush, where ‘Augusto Pinto’ has partly reverted back to ‘Grand Sultan’ 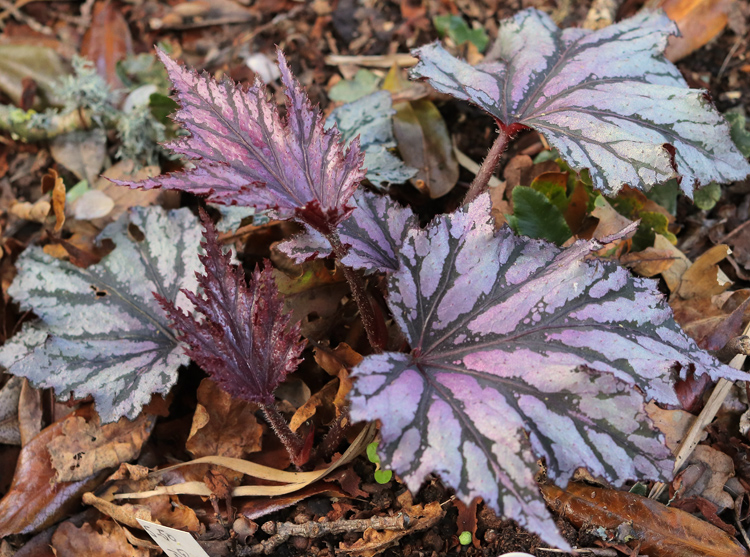 Not all variegations are chimeral. In the case of this Begonia the light areas are where there is an air space between the epidermis and the pigmented tissue below.