Wednesday was a lovely day and seems such a long time ago. I looked at the forecast and got some pictures taken then and on Thursday. I did a quick loop of  the garden this morning and it’s looking battered and soggy with most of the pot stuff lying down.

One.
Camellia sasanqua ‘Navajo’. This is not what is happening today. It happened on Thursday and got blown to pieces on Friday, but there are lots more buds waiting for a break in the weather, a couple should be out by tomorrow. It’s my first bloom on an outdoors, in the ground Camellia for this season. The autumn flowering sasanqua varieties need more light and warmth than other Camellias and this one is at the front of the house in full sun. I was taking pictures of sasanquas at Mt Edgcumbe earlier in the week, wrote a piece on the other blog if you’re interested. 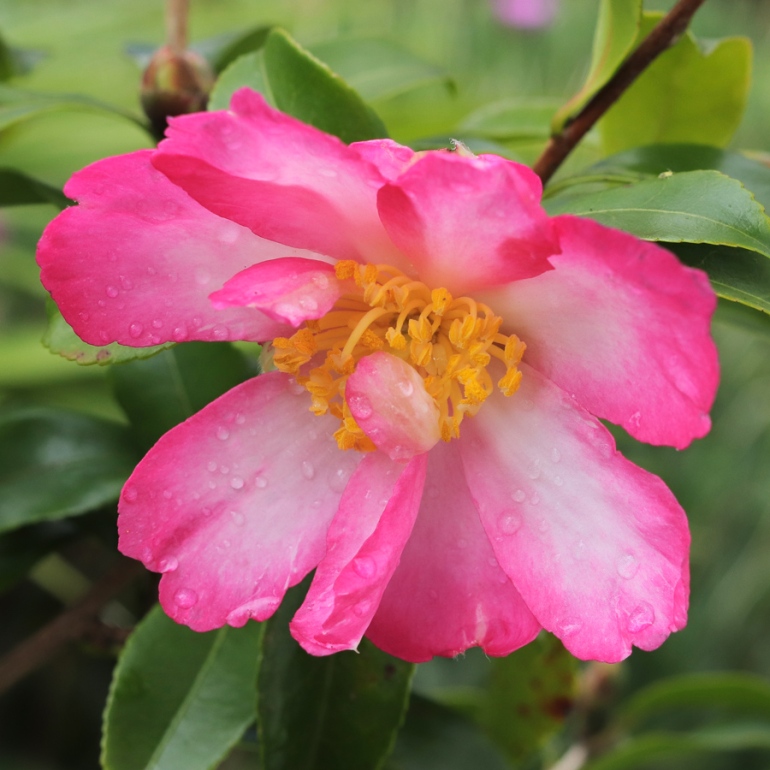 Two.
Hesperantha coccinea white form. This came originally from Cally Gardens, via a gardening friend and I don’t have a cultivar name for it. There are a number of white forms around; this is a pure white with no pink at all and seems quite vigorous. It’s still in a pot, I haven’t fond the spot for it yet.

Three.
Salvia confertiflora. We managed to get a poor plant of this through last winter and took cuttings early. They’re nice young plants in pots now but need nursing through the winter and planting in the spring. It could then get to six feet and be magnificent. That’s the plan at any rate.

Four.
Solanum pyracanthos. We were given a small plant of this earlier this year and I put it in my 21 July six. If I’d looked after it better it would have transcended interesting and made it to magnificent, but it wasn’t that sort of year. I suppose it could have died but it’s survived to produce a single typical Solanum flower. Hurrah. 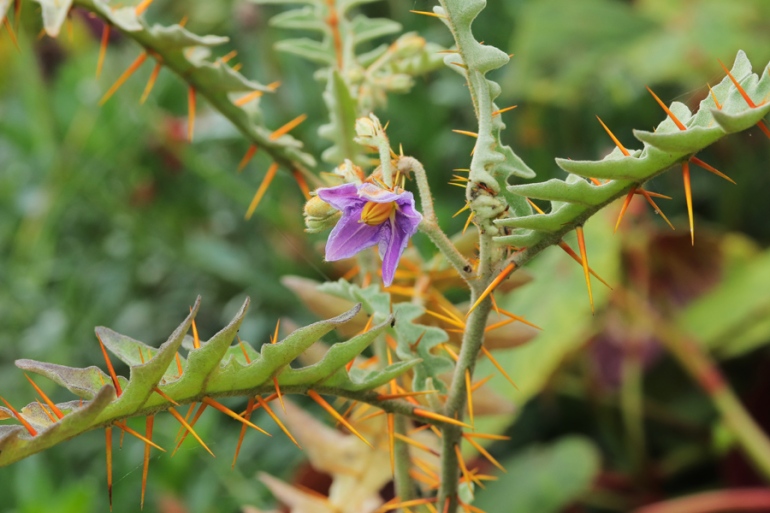 Five.
Araiostegia parvipinnata BSWJ1608
Seems mostly to come up as A. parvipinnula on Google, but still listed as A. parvipinnata on Crûg’s website, from whom I got it, along with A. pulchra HWJ1006, which if anything has a slightly finer leaf. Bob Brown (Cotswold Garden Flowers) lists A. parvipinnula but suggests it may be the same as A. hymenophylloides. It’s a mess.
At the beginning of the year I split my 10 litre pot of it into three, one bit went to a gardening friend, one into my garden and the last third back into a pot. The bit I gave away has done best, of course. My planted chunk struggled in the drought but is looking happier now and has put out new fronds in recent weeks. The multiply pinnate fronds grow from surface rhizomes covered in golden scales, a feature much easier to appreciate in a pot than in the ground. They come over the sides of the pot like hairy caterpillars.
In its pot and especially while I had it growing under glass, it was getting 2 ft tall. In the ground it seems likely to be much shorter, perhaps only half the height. I could see it spreading quite enthusiastically in moist woodsy conditions and a mild climate. Crûg say it has thrived in their (North Wales) garden for years.
The bright yellow thing is Disporum viridescens, showing it has another string to its bow. 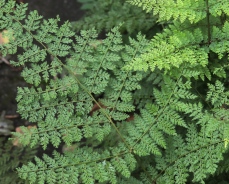 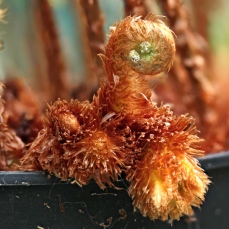 Six.
A fortnight back, I had a picture of an unknown beastie’s eggs on a cutting I’d taken of Colletia. They hatched midweek into tiny caterpillars about 2mm long. They looked to me like sawflies of some sort. Readers, I have to inform you that they met with an unfortunate accident shortly after the picture was taken. Really regrettable, but these things happen. On the plus side, they won’t be setting out to munch every leaf in my greenhouse, not that I’d have minded. 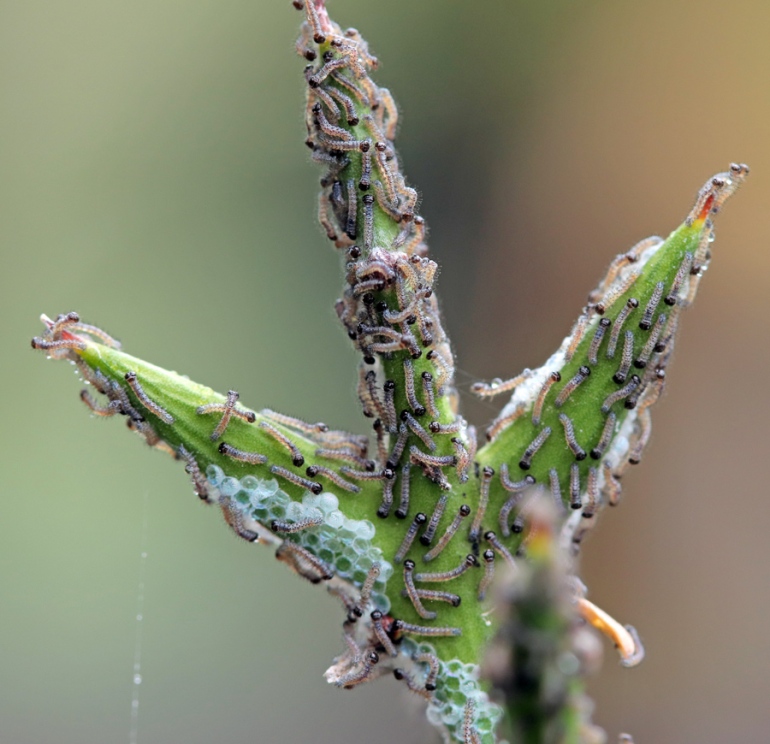 And that is it for another week. Lots more sixers will be linking in to The Propagators blog with their contributions. There’ll be more shared misery this week than escapist loveliness, but there’ll be a bit of that I hope.