I was expecting to wake to rain this morning, but it still hasn’t arrived. It’s not far away but it’s not moving either. Hey ho.

Six things happening in the garden now, no problem.

One.
Not one, but two bulging packets arrived in the post yesterday, next year’s seeds. I stuck with Kings for my main veg order, on the basis of if it ain’t broke, don’t fix it. The other one was a departure for me, sparked by my following a link from Nadia’s blog a couple of weeks ago to a seed company called Seedaholic. (Thank you Nadia) I can tell you that first impressions are excellent. Each seed packet is attached to a sheet containing a full description, growing instructions and background information. 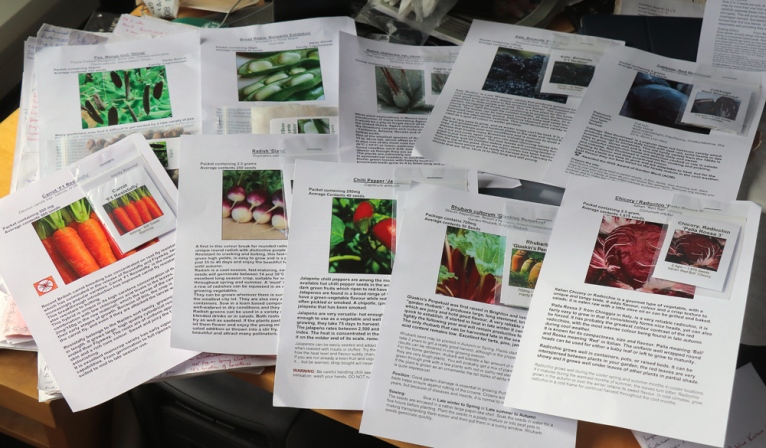 Two.
It’s the time of year for contemplating the herculean task of squeezing all our pot grown plants which have spent the summer outdoors back into a greenhouse for the winter. I’ve made a start with Fuchsias. My first step was to update my inventory of what we have. I am a massive list maker, I can’t help myself. It means I can tell you we have 99 varieties and a total of 265 plants. Some are in the ground, 48 in fact, the rest in pots ranging from 9cm to 7.5 litre. The hardy varieties amongst the pots will go in the tunnel, the rest under glass, having been trimmed and stripped of leaves. Quite a few are still looking very good and will be left for now. 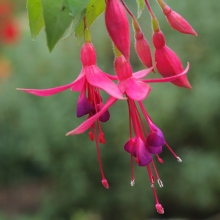 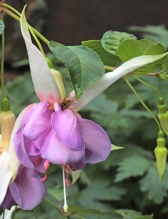 Three.
I also updated my inventory of Camellias this week. More lists. The most pressing job needing to be done is to get nematodes to treat them for vine weevil. I took out a dead plant yesterday which had been barked completely below soil level, squashed two grubs. I have camellias in the ground, up the allotment and in pots. Some are young plants that I have propagated for one reason or another, like because the National Collection only has one and should have a back-up. In truth, I could not give you a convincing reason why I have so many. 203 varieties, excluding the cuttings on the mist bed. I have two Camellia sasanqua varieties flowering in the tunnel now, ‘Crimson King’ and ‘Gay Sue’. 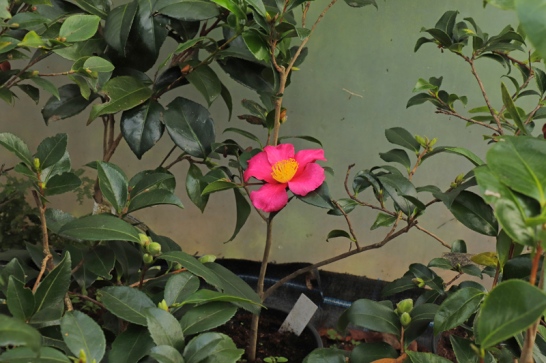 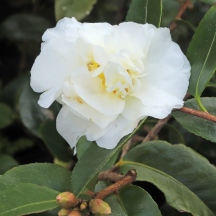 Four.
Nerines. Compared to last year, my Nerines are terrible this year. The bulbs seemed to survive the cold and leafed out fine, so it seems they haven’t produced a lot of flower buds because of the dry, which I find very surprising, having hoped for the opposite effect.

Five.
Dahlia ‘Karma Choc’. Most of my Dahlias were a bit slow to get going in the spring, perhaps because the ground was colder than usual. Once they were under way though, they made up for lost time and have been flowering for many weeks in most cases. Not this one, which decided to wait until October to open its first bloom. Very dark blooms are interesting and dramatic, but stand back a few feet and they don’t contribute much to the overall flowery look of the garden. I’m happy with that, I want both. 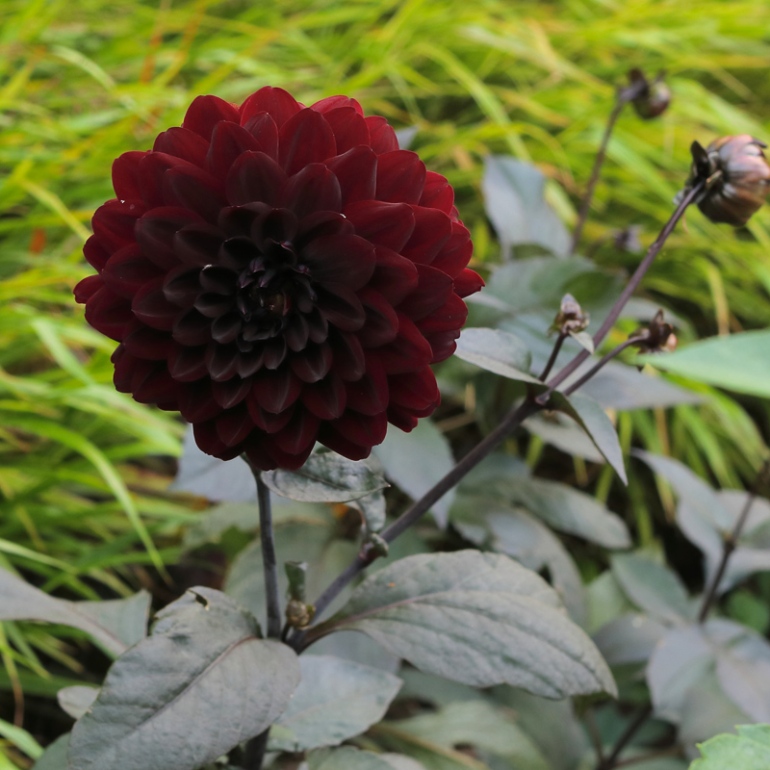 Six.
Blechnum tabulare. Not to be confused with Blechnum chilense, though it often is. That’s the rampant spreading one I’m trying to get rid of. This one is from sub Saharan Africa and only borderline hardy in milder parts of the UK. I have it in a pot so it can be moved under protection if the weather turns nasty. It has grown strongly and is now in a 20L pot with a crown over a metre across. In time it will develop a trunk. Like a lot of plants grown mainly for foliage, it looks much the same year round and risks missing out on its deserved SoS slot because there is no point when it does something to grab my attention.

That’s how early autumn is looking in my neck of the woods. As ever it will be interesting to compare notes with lots of gardeners at a similar point in the cycle and to be inspired by a few who are way ahead or behind. Links to fellow sixers as ever from The Propagator’s missive. (Ooh!, it’s finally started raining, how exciting)