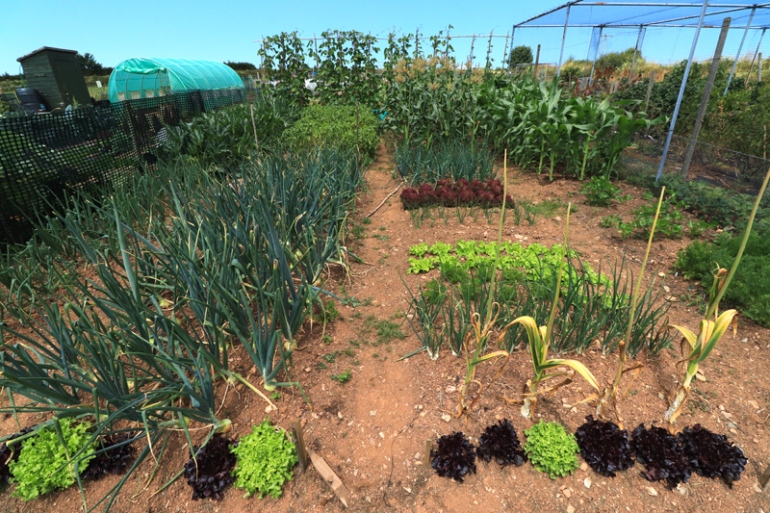 Growing your own food is very satisfying, eating it even more so. When you can pile a plate with salad, accompanied by a baked spud, nine different crops in total and all harvested that day from your own garden or allotment, then follow it with blueberries and raspberries, well that is hard to beat.

This is new territory for me. I’ve had the allotment for a few years and I’m still experimenting, still learning and hopefully still getting better at it. Still a very long way short of all year round self sufficiency too.

A lot of watering and feeding has been necessary, but I have had a good season with fruit and veg. I thought it was time I picked some out for a Saturday six.

Just before I do, and every bit as satisfying as my veg, is the fact that a pair of swallows found the broken window on my allotment shed and built a nest inside

. When I checked it yesterday, it had eggs in it.

One.
Tomatoes. ‘Sungold’, sown 19/3, now growing in my polytunnel. We’ve been picking for about a week. I got them into 10 litre pots and realised that was too small when this hot spell hit; I was watering 3 times a day. So I potted alternate plants into 20’s and stopped the remaining 10 litre plants. The unstopped ones I shall train across the roof of the tunnel. 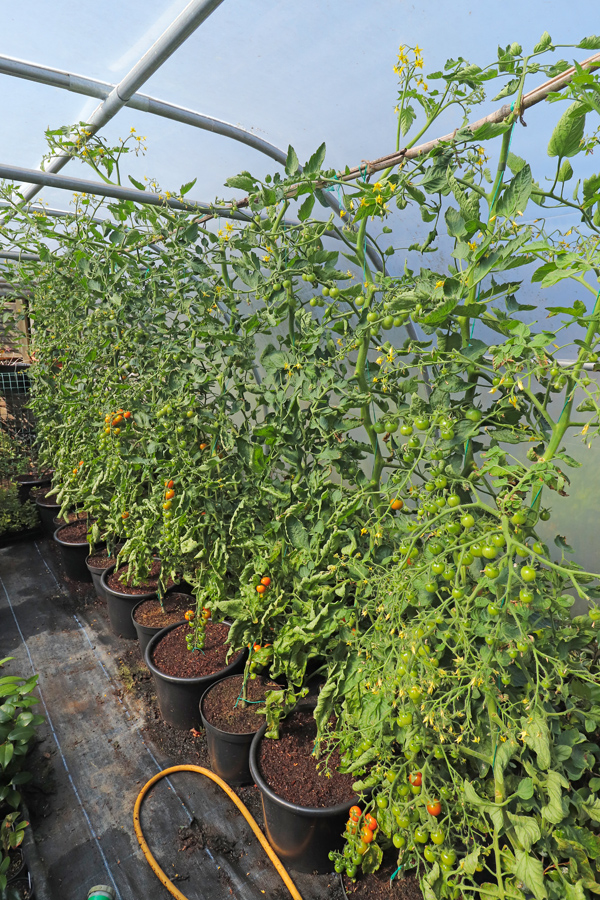 Two.
Cucumbers (and Chillies). ‘Carmen’, sown 31/3, now in 10 litre pots, should have had 20’s. Watering three times a day. Probably should have kept two and got rid of the others but last year I started with five and managed to kill four so I was reluctant to ditch any. The Chillies are ‘Apache’ and ‘Ring of Fire’. I’m going to OK for chillies for years to come. I shall make sauce, how hard can it be? 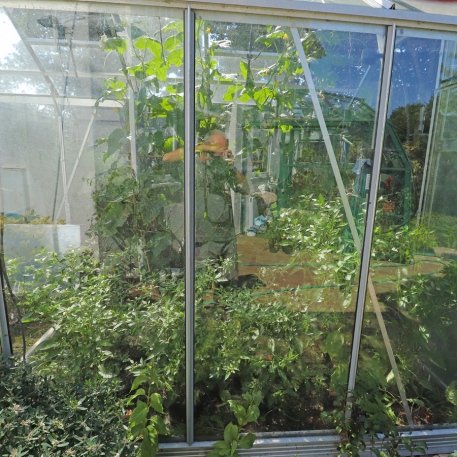 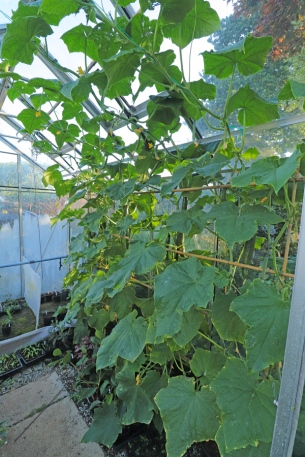 Three.
I shied away from growing lettuce on my allotment for a couple of years because I thought it would have no chance against the slugs. I do get some damage but have grown loads of good lettuce and we eat a lot in summer salads. ‘Oakleaf Navarra’, a very dark red lettuce, has been the star turn, supplemented by green ‘Salad Bowl’ and ‘Lollo Rosso’. I’ve found them to be remarkably tolerant of dry conditions, eventually running up to flower but only when they’ve been usable for a month or more. 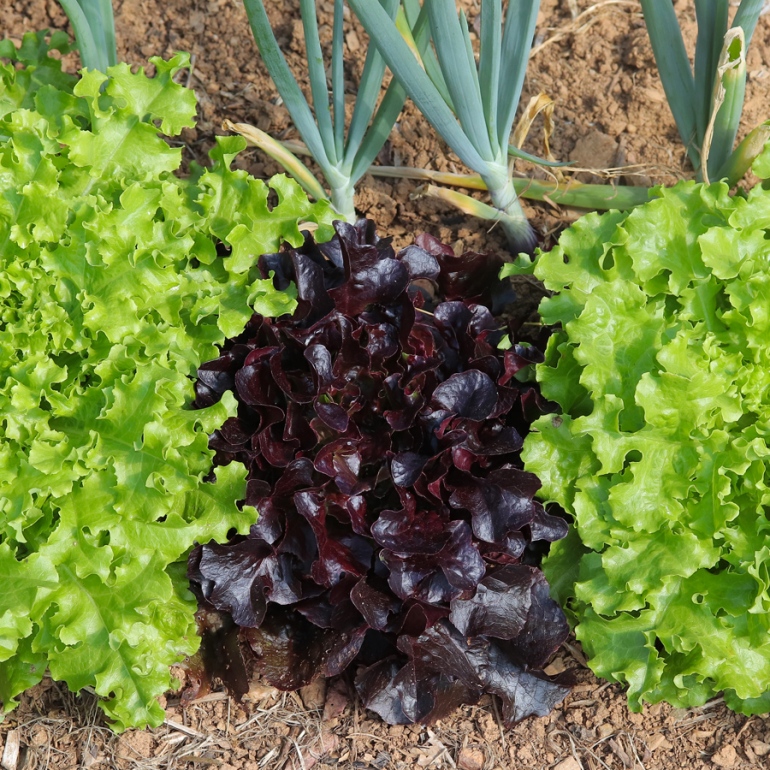 Four.
Sweet Corn. I’ve grown two varieties, ‘Earliking’ and ‘Goldcrest’, sown 11/4 and 6/5 respectively, in hope of a long cropping season. Looking very good so far. These have had a lot of watering; thorough soaks every four or five days. First picking is eagerly awaited. 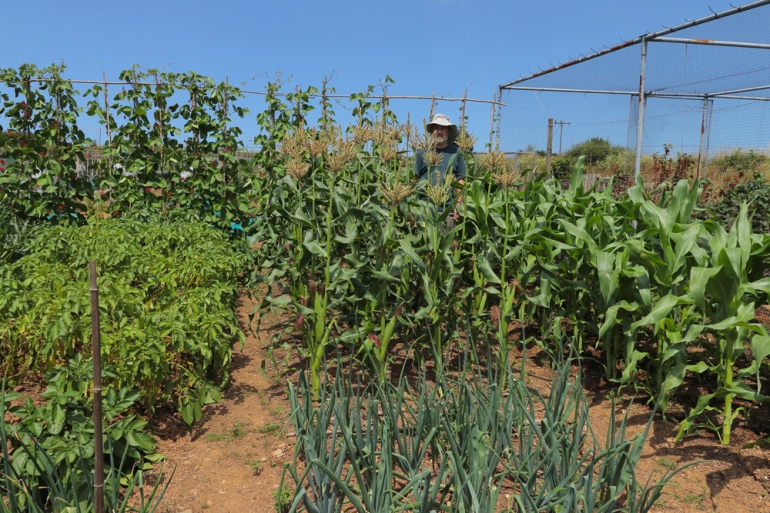 Five.
Blueberries. A third of my plot is given over to a fruit cage, in which I have blackcurrants, raspberries, redcurrants, gooseberries, strawberries and blueberries. The gooseberries weren’t great this year but everything else is loaded. I have spent many backbreaking hours picking the stuff, more hours picking it over and doing something with it. Freezing, cassis, cordial, jam. Blueberries crop over a longish period and most get eaten fresh. This one is ‘Darrow’, which has huge fruits. I also have ‘Bluecrop’ and at least one other. 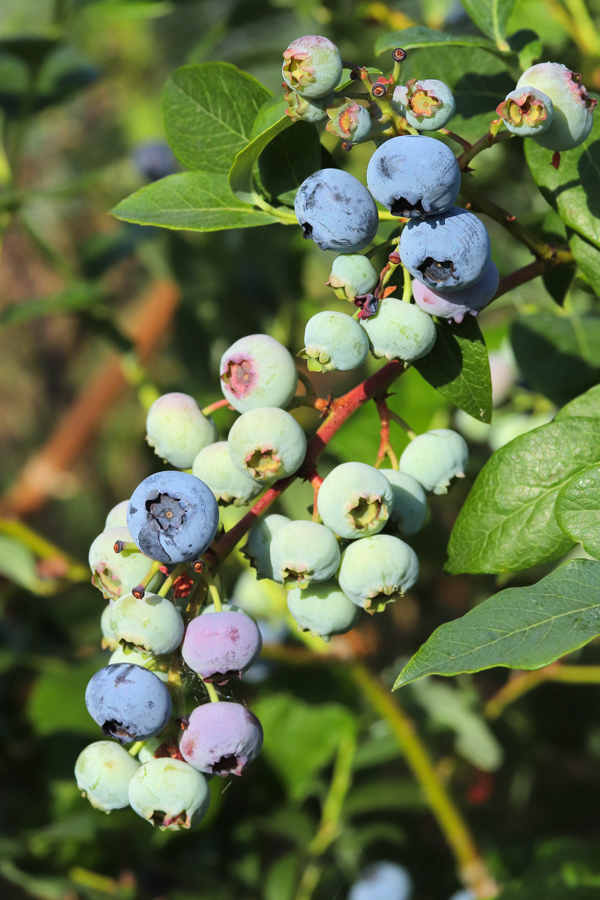 Six.
Purple sprouting broccoli. Most years my peas come ready over at least a three week period and I am reluctant to pull them out until I have harvested almost all the crop. Last week I did a picking on Monday, another on Wednesday, and that was it. I cut them off, leaving the roots in the ground and planted PSB, which I had growing in 9cm pots, into the pea row. I usually struggle to give that sort of follow on crop a long enough growing season, this year I am optimistic that I will do better. 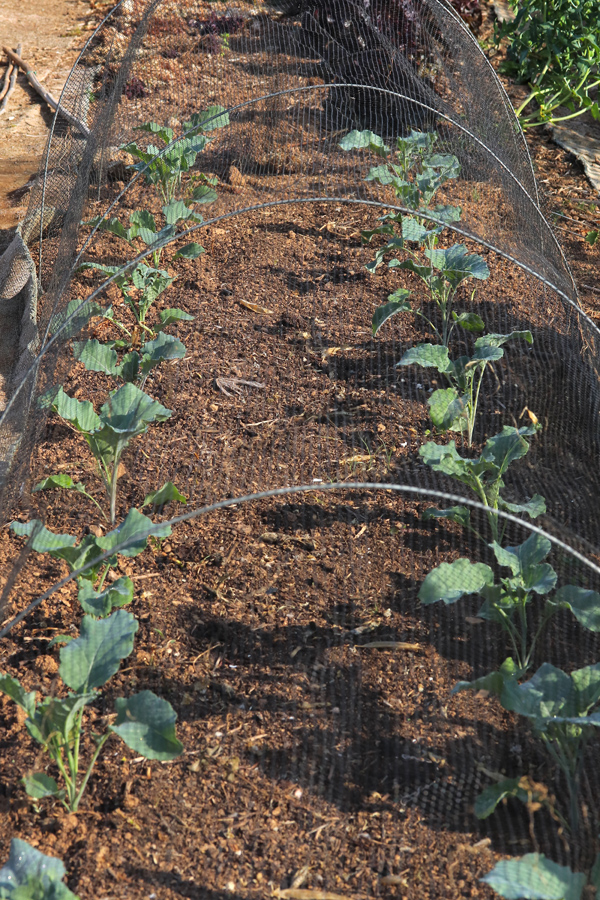 It’s due to cool down a bit next week, but very little rain is in prospect. A lot of things are starting to look very stressed. I was reading earlier that heat-waves and droughts are happening very widely. I grow fruit and veg for the pleasure of doing it and for the freshness, flavour and nutritional value it offers. I’m profoundly glad that it isn’t a matter of survival, as it must be for many around the world.
Even so, it’s likely that some crops will be in relatively short supply this year and that we will be glad to have a fair bit of our own to fall back on.

Check out other Saturday sixes from the links on The Propagator’s entry. I’m guessing that wailing about the weather will feature large this week.