In the last few days I’ve found time to take in a bit of the natural world.  On Saturday I walked up Brown Willy, the highest point in Cornwall, coming in from a lane that runs north from Jamaica Inn in the middle of Bodmin Moor.

Yesterday I went along the A38 to visit a site where, within a few feet of the roadside is a fine stand of Southern March Orchids, then later in the day back up to the moors to another stand of orchids, this time Heath Spotted Orchids. At least that’s what I think they are, I’m no expert and the Dactylorhiza species are tricky. 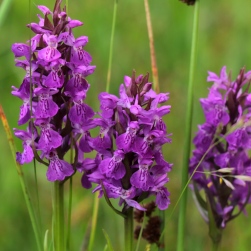 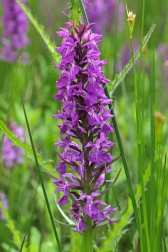 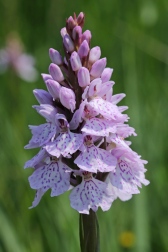 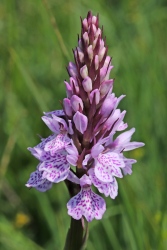 Large tracts of Bodmin Moor are covered in Molinia caerulea, purple moor grass, a variety of which I have in the garden, one called ‘Heidebraut’. I don’t really know what distinguishes it as a variety but a handful of seeds from the moorland plants would have given me a lot of equally ornamental plants. On the verges of the lane in are patches of white flowered Geranium pratense from which I did take a little seed a few years back.
The orchids were of course stunning and I have a couple of close relatives of them growing in the garden. The moorland ones were growing in boggy ground along with sundews, cotton grass and bog asphodel. 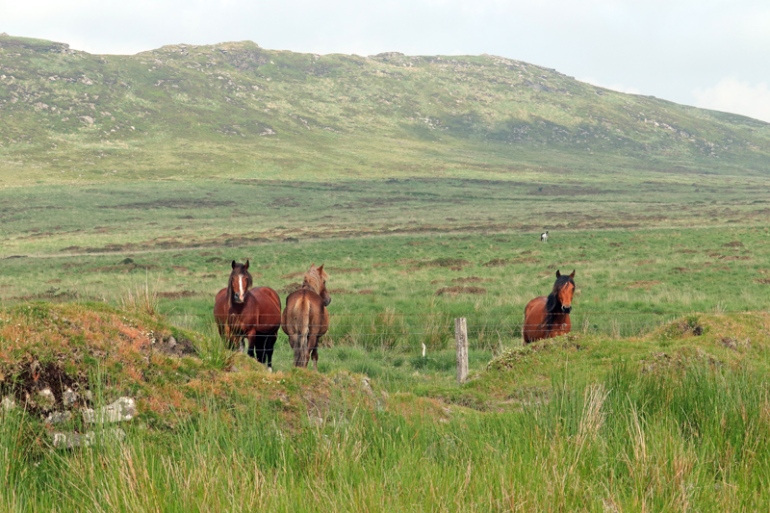 I do have a few more wild flowers in the garden too, primroses, foxgloves and wood anemones. My garden bluebells are hybrids and my native Geraniums are selections of wild forms, close enough.
In the main though, I have garden plants. A good few will be wild plants somewhere else in the world, the rest are the creation of plant breeders. 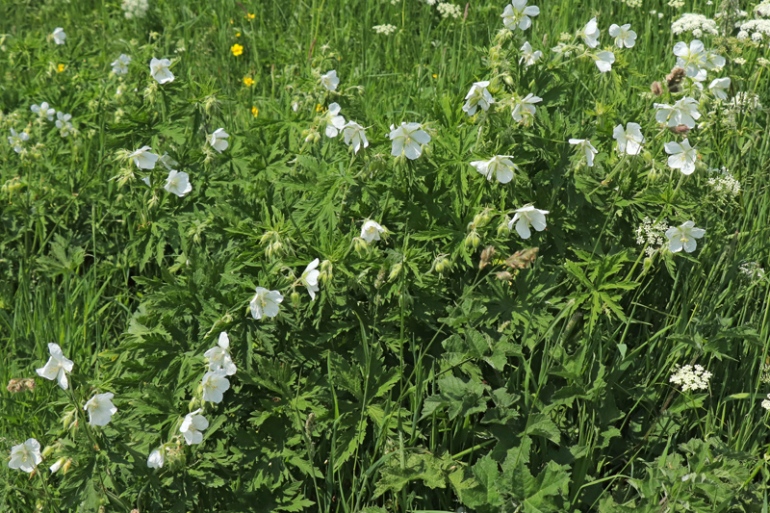 The Wild versus The Garden then. Our native flora is rather limited, with only a handful of plants that are widely deemed garden worthy. Most flower in late winter or spring and by summer the grasses take over while the seeds ripen on the rest. Our native plants are tough; they have to be to hold their own in plant communities where only the strong survive. Even the few I do grow remind me constantly of their capacity to take over if not kept in check. 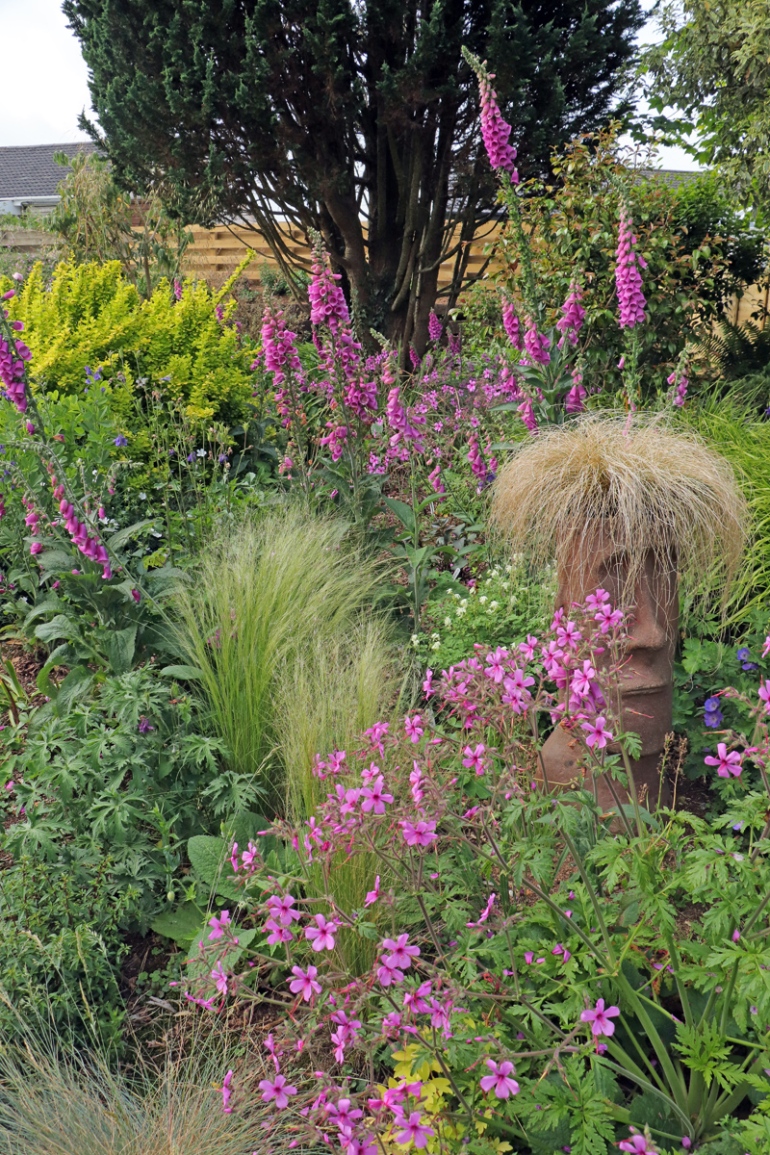 Some are niche plants, adapted to survive on dry rocky outcrops, in boggy ground or by the sea. Competition from other plants is less but such plants are often so highly adapted that they will tolerate only slight deviations from their required conditions. Others choose a niche in time, perhaps coming up, flowering and dying away in a short period, often late winter, before trees come into leaf and before much else is taking over the space. 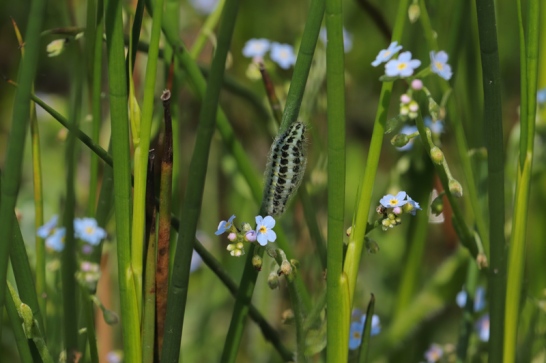 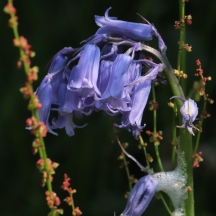 How much poorer my garden would be without all the non native plants. No Dahlias, Fuchsias or Hydrangeas. No Heleniums or Hedychiums, no Camellias. It’s hard to believe that insects would find more to feed on in late summer if the garden was a meadow. It would all be seed heads awaiting cutting. Heleniums, Fuchsias, single Dahlias and much else are busy with insects in my “exotic” garden. 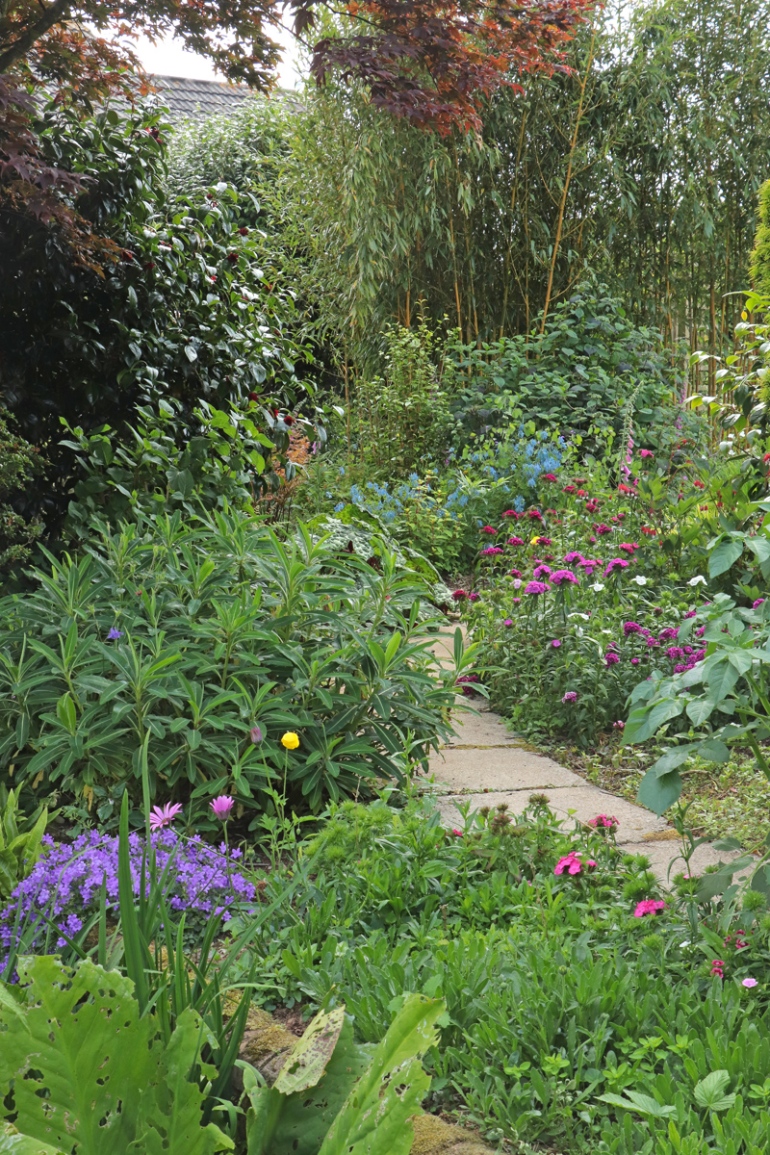 On the whole I would say leave the wild stuff in the wild and conserve it robustly. Be proactive in creating good new habitat out of highway verges, railway embankments, the fringes of industrial areas and so on. Suitable areas have a scale, connectedness and absence of disturbance that our gardens cannot provide.

I don’t see my garden as at all hostile to wildlife; I have an abundance of insects gathering nectar and pollen; hedgehogs, newts, frogs and slow worms finding enough to eat. I seldom use chemicals and I’m not fastidious about tidiness. 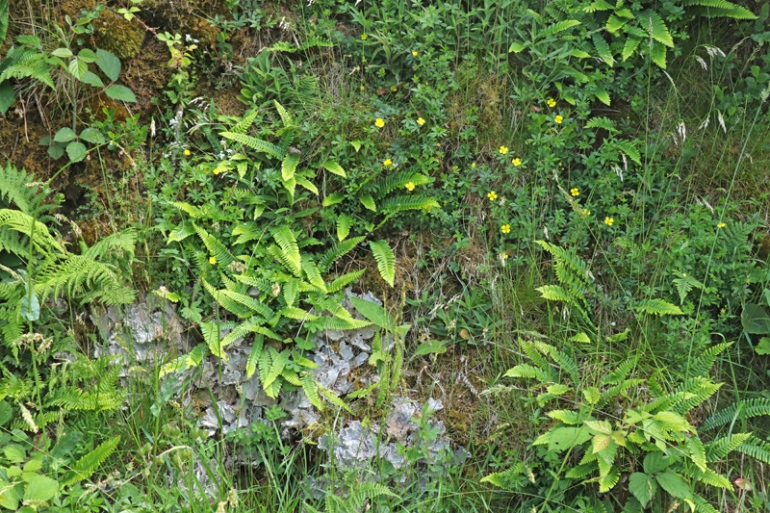 I often see scenes in the wild (not that there’s much natural about it in the UK) that could be packed off to Chelsea Flower show and be assured of a medal. An old Cornish granite hedge, covered in lichens, ferns, grasses and flowers;  a ruined mediaeval farmhouse out on the moor, a flower meadow overlooking the sea. For a week it could be a garden but in the wild it is the product of hundreds, maybe thousands of years of competition for survival in harsh conditions. It might look like a garden but it is really something else entirely.