It’s one day shy of a year since I did my first SoS post. My first item then is my first item now, with the next two items also having featured before. The next three are new. It’s inevitable as the season starts round again that repetition will occur and it will be interesting to compare the progress of plants from last year to this. Some won’t be coming back, having failed to make it through the winter. I hope that checking back to what I posted on a given date last year is not the point when I realise something is no longer there. It’s bound to happen.
Not that losing plants is really my biggest problem. I just got back from the Hardy Plant Society plant sale in Truro, with nine more plants I didn’t need. There are times when I need saving from myself, but at that sort of event you know you have to grab stuff or you’ll never see it again and will rue the missed opportunity.

One.
Camellia of the week, and the last for this spring, is ‘Night Rider’. It was raised in New Zealand by the late Os Blumhardt, who also produced Magnolia ‘Star Wars’. Just those two would have been enough to establish his reputation but he bred many more, notably Vireya Rhododendrons.
‘Night Rider’ is very slow; nevertheless my plant is now about six feet tall and flowers profusely every year. The new growth is a sumptuous glossy purple-red colour and will probably get an outing here later on.

Two.
Rhododendron ‘Merganser’. This was one of a series of Rhododendrons bred by the Cox family at Glendoick. It qualifies as a dwarf, though our plant, which is probably about twenty years old, is about three feet high and as much across. It’s very pretty but the flower display, from start to finish doesn’t stretch to a fortnight. The shortness of their flowering partly explains why the various Rhododendrons we’ve had and lost or removed, have not been replaced. I’m recalling ‘St Breward’, augustinii ‘Electra’, ‘Goldkrone’ and ‘Percy Wiseman’; it’d be easy to get nostalgic. 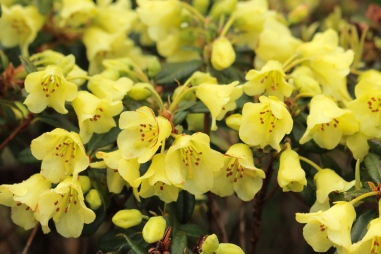 Three.
Podophyllum ‘Spotty Dotty’. This is a truly fabulous plant and everyone who has a moist shady spot somewhere should be growing it. Anything that grows in moist conditions without getting consumed by slugs is worth knowing about and they don’t touch this. The leaves, which are not yet fully expanded, are ten inches across. Later it will have dark red flowers hanging beneath them where you can’t see them. I’ve planted the similar Podophyllum ‘Kaleidescope’ beside it in the hope of getting seeds. That for some mysterious reason, appeals to gastropod tastes much more.

Four.
The first of a couple of ferns is Adiantum venustum. It looks just as delicate as the houseplant maidenhair fern and it is hard to believe that this is a very tough plant. Ideally it wants moist soil in light shade but it will put up with dry conditions and deep shade. When happy it spreads quite quickly. I’ve not found it easy to propagate, it doesn’t like disturbance. My best results have been around now, when it is in growth, cutting sections a couple of inches square and trying to disturb the roots as little as possible.

Five.
I have quite a few ferns, most of which take a turn as “my favourite” at around this time of year when they produce their new growth. Athyrium nipponicum comes in various flavours; I have found this one, ‘Athyrium nipponicum ‘Burgundy Glow’, to be the most robust. ‘Ursula’s Red’, growing next to it, has never thrived and ‘Red Beauty’, at the other side of the garden, has been swamped by bluebells. The colouring on this one is superb at this time of year and holds up well for a few months. It is completely deciduous.

Six.
Another shade lover to finish. Disporum sessile f. macrophyllum BSWJ4316 is another of Bleddyn and Sue Wynn-Jones’ collections. It gets about 18 inches tall in the garden; when it was in a pot in a polytunnel it added another foot to that. It does suffer some slug damage, there are a couple in the picture, but considering it is immersed in Corydalis it could be much worse. The flowers are about 4cms long, quite large for the genus.

It’s a lovely time of year to be doing a blog like this one, with lots to choose from. It all seems to happen very quickly though, so I’ll append a few photos that didn’t make the cut.
By this time on a Saturday morning, it’s a safe bet that lots of links to other sixes will have been added to the comments below The Propagator’s weekly missive. Reading them may have to wait, I have gardening to do and the sun is shining. 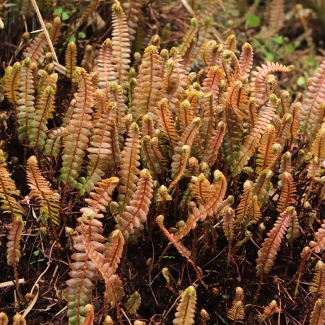 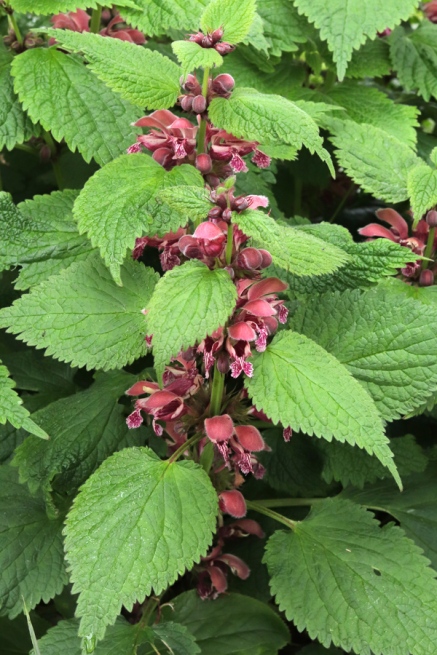 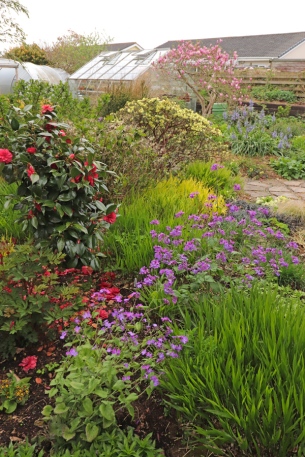