I worked out that after this week I only need to find another 72 things to get me to the end of the year. Creativity will be needed. Perhaps the cat will have to count in a future post.

One.
Malus domestica ‘Holstein’. I nearly included this last week, chose not to. Decided to photograph it today (friday), then pick it. Needless to say it fell off overnight. It had a soft landing but the slugs found it. I cut it in half and gave the intact half to the OH.

Back when I was working, I had a German colleague who brought a tree of this back from Germany. She gave me some scions which I grafted onto pot grown MM106 stocks. Must have been five years ago and it’s produced its first apple this year. It looked good and tasted even better. It seems to be highly resistant to scab, which in Cornwall few are. 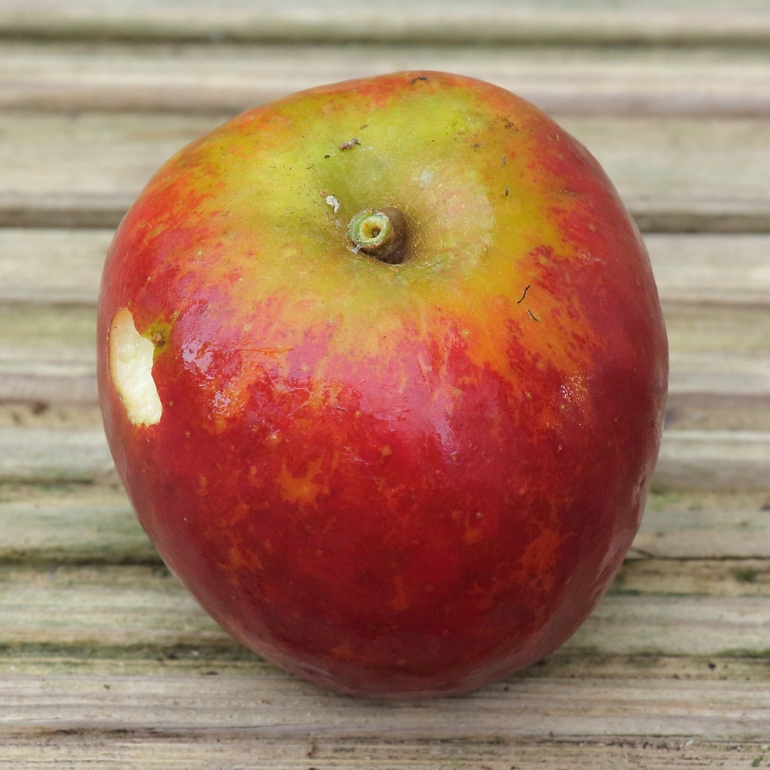 Two.
Nerine bowdenii. Not the best performance we’ve ever had but these always put on a show at this time of year. They came from my sister’s garden in the north of Scotland, so hardiness isn’t an issue. There’s no angle to picture them from that doesn’t have something unwanted in the background, the polytunnel from here.

Three.
Stylophorum lasiocarpum. This was given me a couple of years back and has seeded about a little. I saw this opening pod and thought I’d collect seed and grow a few more to put where I want them to be. It almost always has a few flowers on it. Easy in shade or part shade.

Four.
Fuchsia boliviana. This species Fuchsia is not generally regarded as hardy but has been in the ground here for many years. It gets killed to the ground every winter and then takes so long to grow back up and flower it often doesn’t make it at all. It’s tangled itself up round one of my seedling Camellia reticulata’s. (Which will look stunning in spring)There were a couple of flowers open round the back. 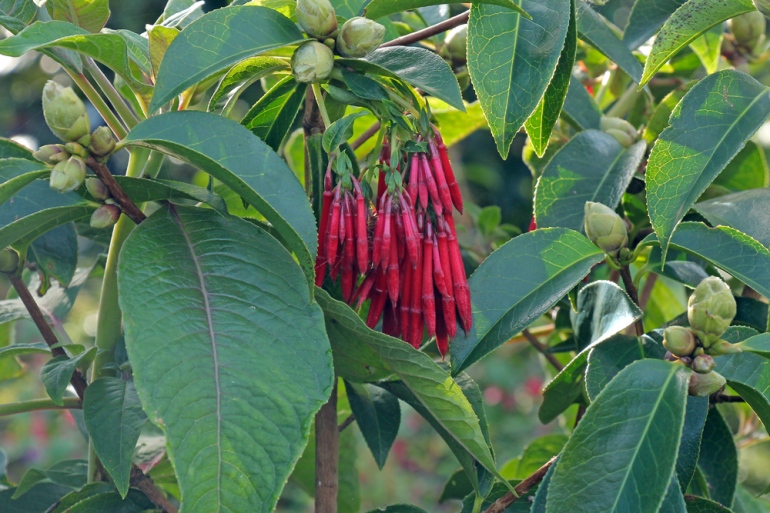 Five.
Aster ‘Purple Dome’. I’d convinced myself this was a purchased Erigeron when it is in fact a purloined Aster. Fabulous colour that the camera never seems to quite get right.

Six.
Euonymus fortunei ‘Emerald ‘n’ Gold’. Cheerful, dead easy compact shrub which we keep chopped back into a bit of a shapeless lump on an awkward corner. I don’t think I’ve seen fruit on it before this year. Doesn’t add much.

As ever, I’m eager to see what other contributors have going on in their gardens, Links from meme host The Propagator’s set of six.