The elephant in the room regarding this six is the magnolia I have spent half the week removing and disposing of. It’s gone, move on.

One.
Cyrtanthus elatus. Scarborough Lily. I included the variety ‘Pink Diamond’ two weeks ago, now the red flowering original form is starting to open. They’re not frost hardy, but in every other respect are extremely accommodating.

Two.
Helenium ‘Chipperfield Orange’. Quite tall and flowering late August-early September. A few stems have gone over but mainly self supporting and seemingly, relatively unattractive to slugs. People bang on about planting native plants for wildlife but most of our native flowers are over, the hay meadows mown; this is clearly appreciated by bees and butterflies at this stage of the summer. Appreciated by me too. 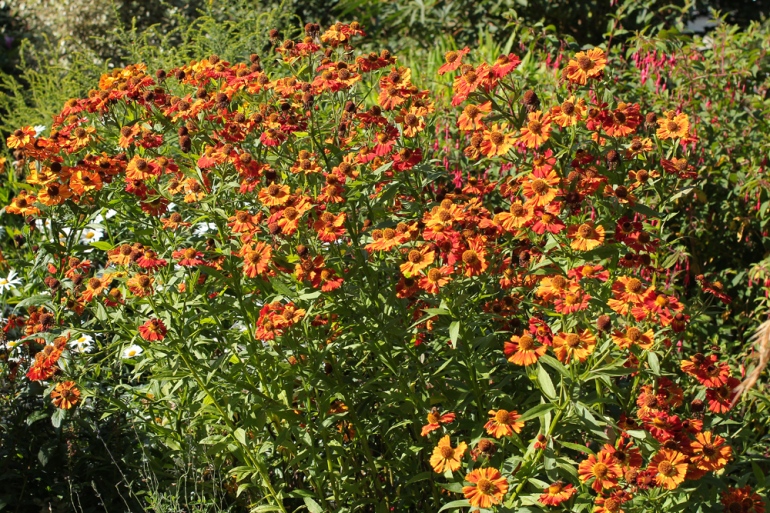 Three.
Hedychium densiflorum ‘Assam Orange’. The original selection of H. densiflorum that was named ‘Assam Orange’ produces seed freely and probably most of what is on offer under the name is seedlings, including this one. I believe the true clone has shorter flower spikes that are a little pinkish compared to this. Most of the time my plant is scentless, very occasionally it can be quite strong.

Four.
Daphne x transatlantica ‘Pink Fragrance’. There are two forms of Daphne x transatlantica around, the nearly white ‘Eternal Fragrance’ being the more common. The pink one is very similar, less free flowering for me, but with a stronger perfume that carries some distance. In my experience they are as easy and unfussy as their raiser aimed for them to be. Their raiser is the legendary Robin White; I found an article about his two Daphnes by the people marketing them in Australia; if you’re interested it’s here. 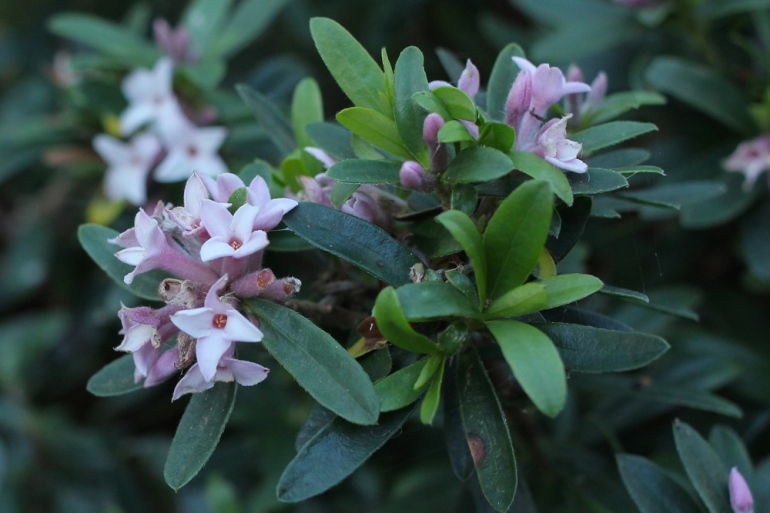 Five.
Dahlia ‘Red Velvet’. We went down to the National Dahlia collection at Penzance last weekend, a visit we try to do every year. A total joy. This one is perhaps the best of the varieties I grow. I leave it in the ground, it gets up to about five feet, covered in flowers for months. Just a bit of yellow at the base of the petals, makes it zing!

Six.
Ligustrum lucidum ‘Excelsum Superbum’. A strikingly variegated form of an excellent privet that grows to tree proportions. Mine is now about 20 feet tall. At the end of the winter it looks a bit ragged but by June the new growth has restored its appearance and it will look good into the new year. It caught my attention for inclusion here because it was flowering; typical privet spikes but a bit of a late summer bonus. On the nursery all the plants we ever had of it were grafted, but the RHS entry said it would grow from cuttings. I’ve done half a dozen, just to see, and while I was at it I took some of Daphne ‘Eternal Fragrance’. That has a PBR on it, but these would be for me, not for sale. 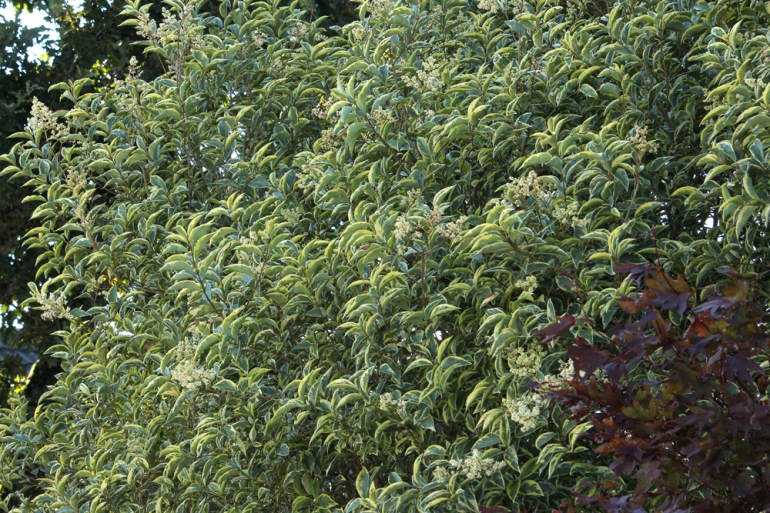 Another Saturday, another six in the bag. Off now to ThePropagator to see what he’s been up to and to check out links to the growing band of sixers, or SOS’s, or whatever.