Another week has flown by and it’s time for another six. I found myself in the luxurious position of having too many things to include. Hope you like the six that made the cut.

One.
Cyrtanthus elatus ‘Pink Diamond’. Scarborough Lily. A very accomodating bulb that grows well in our north facing conservatory, though I suspect it would flower better given more light. We have the red one too, which I think of as the type of the species, but it is a week or two behind this one. 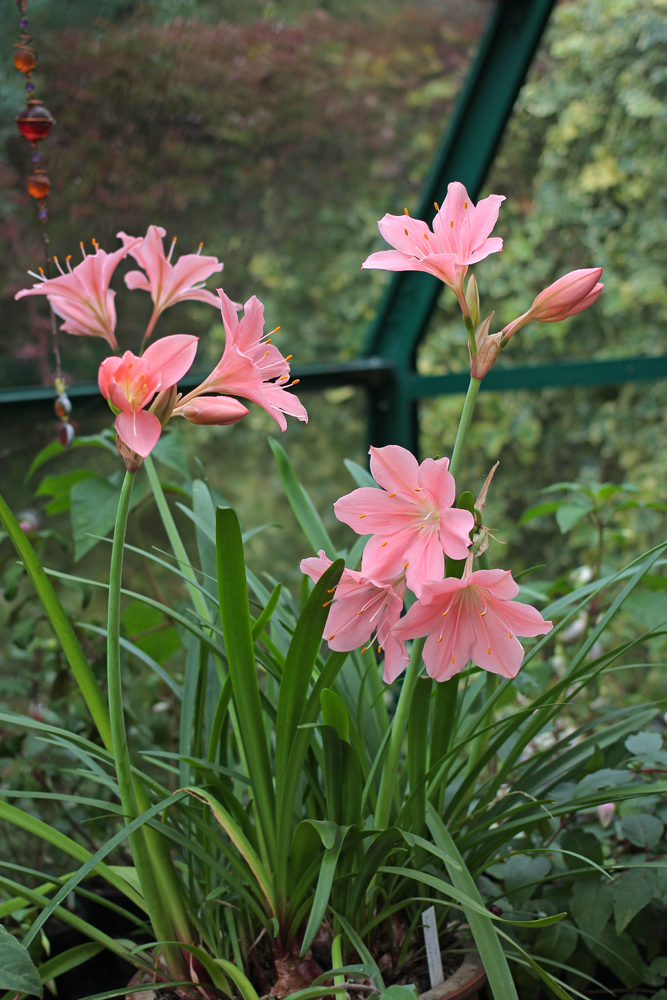 Two.
Amaryllis belladonna. Another South African bulb, but growing outdoors in full sun. One of two forms we have, this one is much earlier flowering and taller. It has solid pink flowers rather than the more common white centred varieties. Slugs seem to go for the emerging buds but leave them alone when they’re up a few inches. 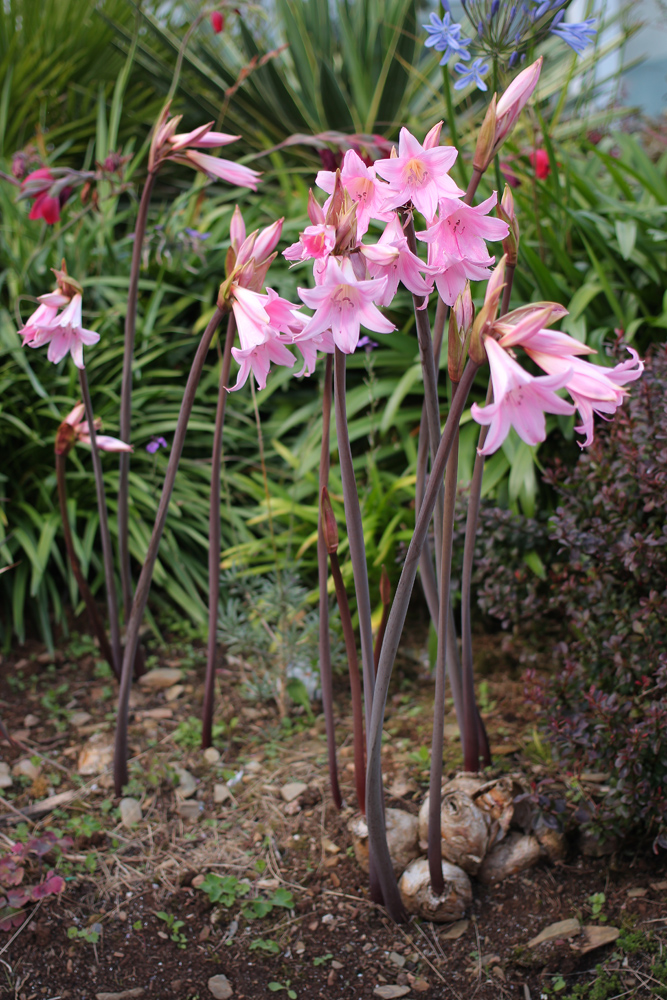 Three.
Still in the southern hemisphere but a different continent, Carex comans ‘Frosted Curls’ is from New Zealand. I suppose we planted this years ago. It’s now a self seeder, popping up all over the place. Some get weeded out, some left. After a couple of seasons it gets scruffy and can be removed in the knowledge that there will be numerous replacements. I wonder if there ever was any difference between C. comans and ‘Frosted Curls’ as a variety; after numerous generations from seed I should probably call this Carex comans. 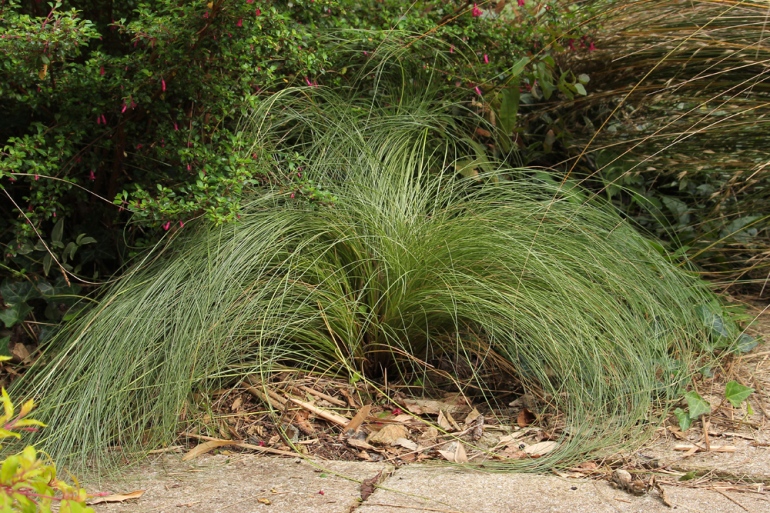 Four.
Astilbe ‘Delft Lace’. A couple of years ago we visited Marwood Hill garden to see the Astilbe collection. we went around taking pictures and noting down names. I think this one was bought because it wasn’t yet in flower but had good dark foliage. It’s now flowering after the rest have finished, which extends the season but leaves it looking a bit like it arrived after the party finished. 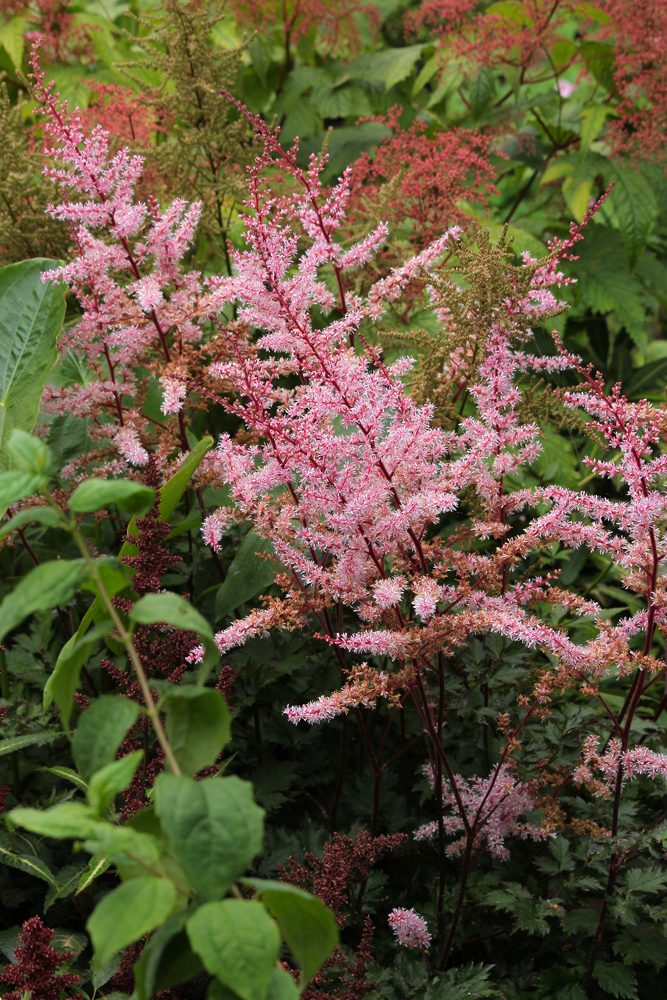 Five.
Polystichum setiferum ‘Plumosum Densum’. The most delicate looking and feathery of ferns, but easy and tough. This year, for the first time, it produced gemmae, baby plantlets on the leaves. I have managed to get a couple going, which is good. Bob Brown says this is his favourite fern. It could be mine too. 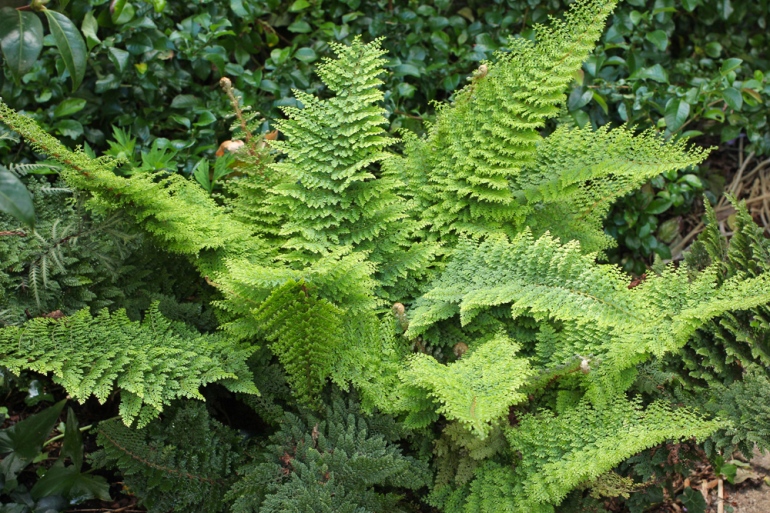 Six.
Fuchsia ‘Nunthorpe Gem’. I’ve been updating my Fuchsia inventory. Over ninety, plus a few unidentified varieties, of which this was one. I went through all my Fuchsia photos, narrowed it down to nine possibles. Then Sue had a lightbulb moment, came up with a tenth name, which appears to be correct. It’s a very compact hardy variety. Result! Next. 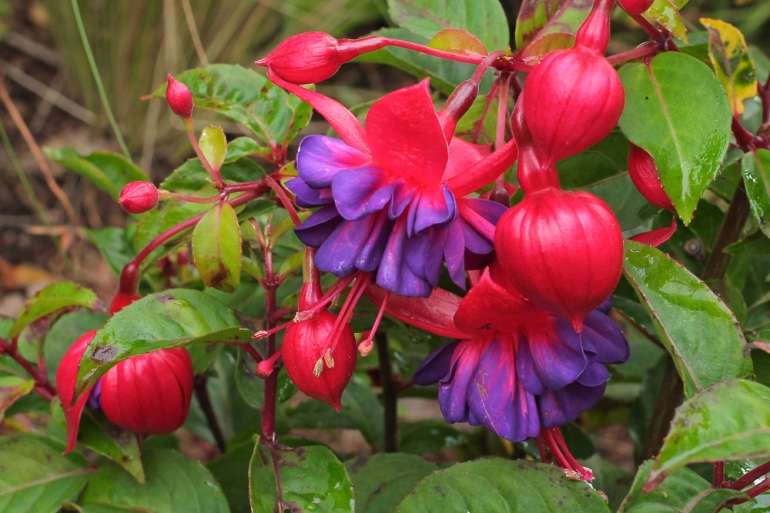 I’m off to check out the links to other sixes from host ThePropagator’s blog at https://thepropagatorblog.wordpress.com/2017/08/19/six-on-saturday-19-08/