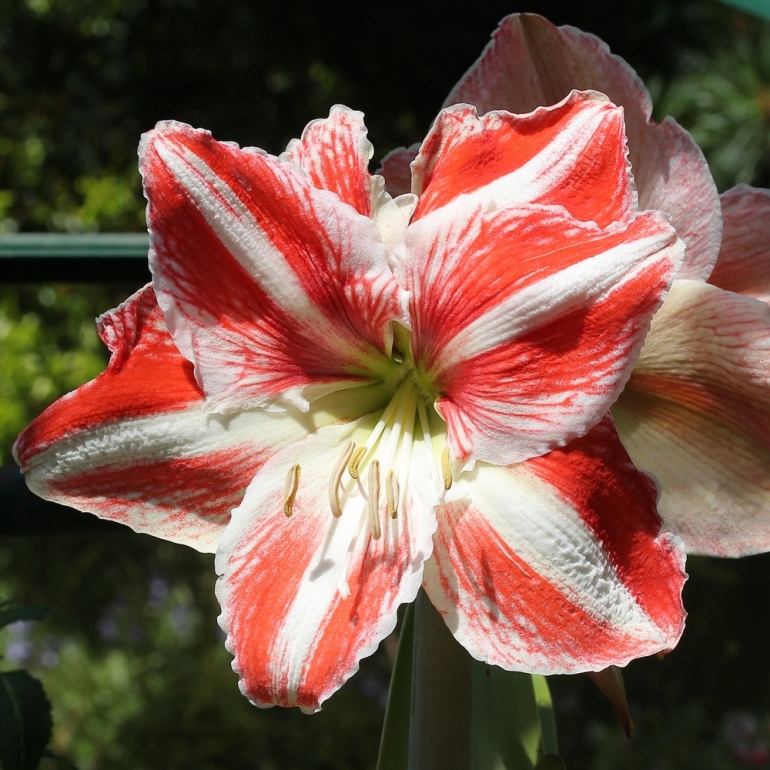 One. We’re not very good at keeping these going after the first season, so this second year performance is a bonus. Hippeastrum, no idea on variety.

Two. Dianthus deltoides is something of a rediscovery for me, after about a 55 year gap. I remember growing it as a child and have come back to it as something to break up the edges of the practical not pretty paving slab path I laid a few years back. Just got seed of a white one with pink centres.

Three. When it comes to geraniums, I would tick the middle box on the absolutely hate/absolutely adore spectrum. This is Geranium sylvaticum ‘Album’; the sylvaticum implying it is a woodlander; growing very happily in full sun.

Four. Podophyllum ‘Spotty Dotty’ is also a woodlander, and I don’t think it would be as forgiving as the Geranium if not given its preferred environment. Other than that it seems to be a robust and reliable perennial, which in this garden usually means not overly attractive to slugs. 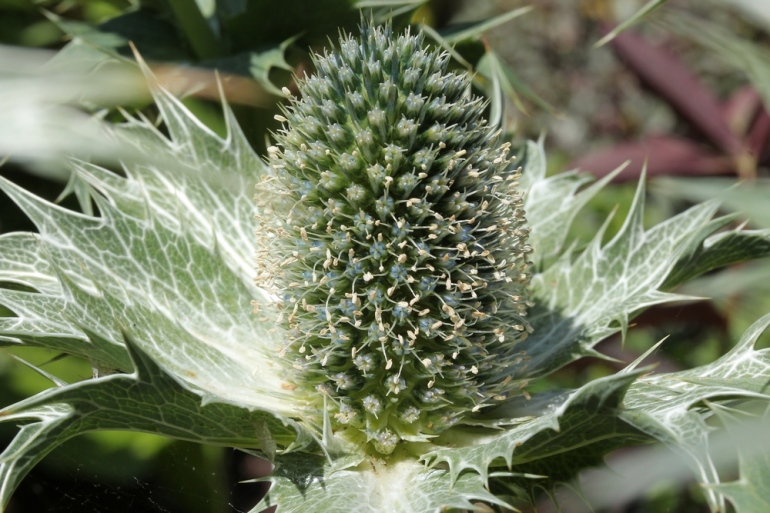 Five. Eryngium giganteum was a thing I planted several years ago, which comes back as self sowers in varying numbers each year. Only one this year so I’m cherishing rather more than I would if there were dozens.

Six. Flowering as the last blooms fade on Primula japonica, Primula bulleyana is one of the first hot colour plants to do its thing. My Dahlias are under-performing this year, hopefully they will get there eventually. Alstroemeria, Helenium, Solidago, Roscoea, Hedychium and a few others will join the party in due course.

You have just reached the end of another six on Saturday, a meme started and hosted by The Propagator, whose own six and links to others are at https://thepropagatorblog.wordpress.com/2017/06/17/six-on-saturday-17-06/