I’m not really one to court controversy but a six on Saturday comment got all these issues churning round in my head and I just spent a bit of time writing a few thoughts down. Usually that would be cathartic enough and I’d save the file and forget about it but I thought for a change I’d stick my head above the parapet and go public.

There are a fair number of people around who seem to want to make gardeners feel guilty if they aren’t doing enough for wildlife in their gardens. Hedghogs have declined massively, insects are in steep decline, depriving birds of their food supply and food crops of their pollinators.
We are told that we should be growing native plants in our gardens not exotics and that we should not use chemicals of any sort.

Undoubtedly these are genuine areas of concern but other than the fact that gardens are mostly a tiny fraction of the size they once were, I don’t believe that peoples gardening practices have changed dramatically in my lifetime. I don’t believe it is gardeners who are responsible for the calamitous state of the country’s wildlife. 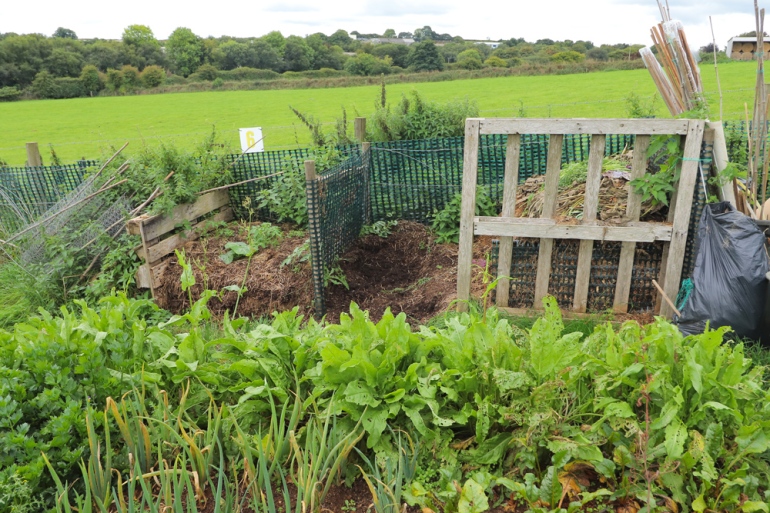 I believe that in the main gardeners are being asked to make up for the damage done by farming in this country and around the world. Glyphosate is a very effective herbicide and as farmers try to reduce cultivations in order to reduce structural degradation of their soil, they are using more of it. When they spray a field, every living plant dies, up to and sometimes including the hedgerow. The selective herbicides used in the various grass crops are just as effective. Both have been widely used for decades and the effect on wildflowers in the countryside has been devastating. Potato fields are liberally dosed with slug pellets at rates that would keep whole towns of gardeners going for years. Small wonder there are fewer insects and hedgehogs.

Not that I disagree with the need to conserve soils. They are massive carbon sinks, home to many insects for all or part of their lifecycles, as well as the substrate in which the plants that we depend on totally, for food and oxygen, are growing.

I saw a small fenced off compound on Bodmin Moor a few years back and was amazed at how flowery it was on the inside compared to the outside. The difference was the relatively low density grazing of sheep, cattle and horses on the outside. All our upland areas are being destroyed in the same fashion for an industry that barely makes ends meet. It makes no sense.

Fly over this country and you realise that built up areas account for a small percentage of it. There is no way that gardeners can make up for what has been lost from the countryside, any more than councils can by re-wilding their parks.

Roadside verges still amount to a significant semi-wild area, with the advantage that they form a network which animals can move around in, unlike the very small isolated pockets that gardens, individually or in areas comprise. When they build new roads these days they don’t top soil the verges and encourage coarse high maintenance grass to grow but leave it as bare subsoil which slowly gets colonised by wild flowers. I think more could be done to get those populations established, it being a slow process otherwise.

I have often seen hedgehogs in my 500m2 garden, but the adjoining gardens plus mine probably amount to four or five times that, all surrounded by the houses themselves and the roads they front onto. I cannot see that sustaining a viable hedgehog population.
I grew a large patch of Dahlias on my allotment this year which, flowering from late May, were a busy feeding station for bees of all sorts right up until the frost a few weeks ago. All the hedgerows around had long since been flailed and the fields cut for hay so there was next to nothing available anywhere else around. I’d like to think that my Dahlias attracted bees that stopped off on other crops while they were close by. 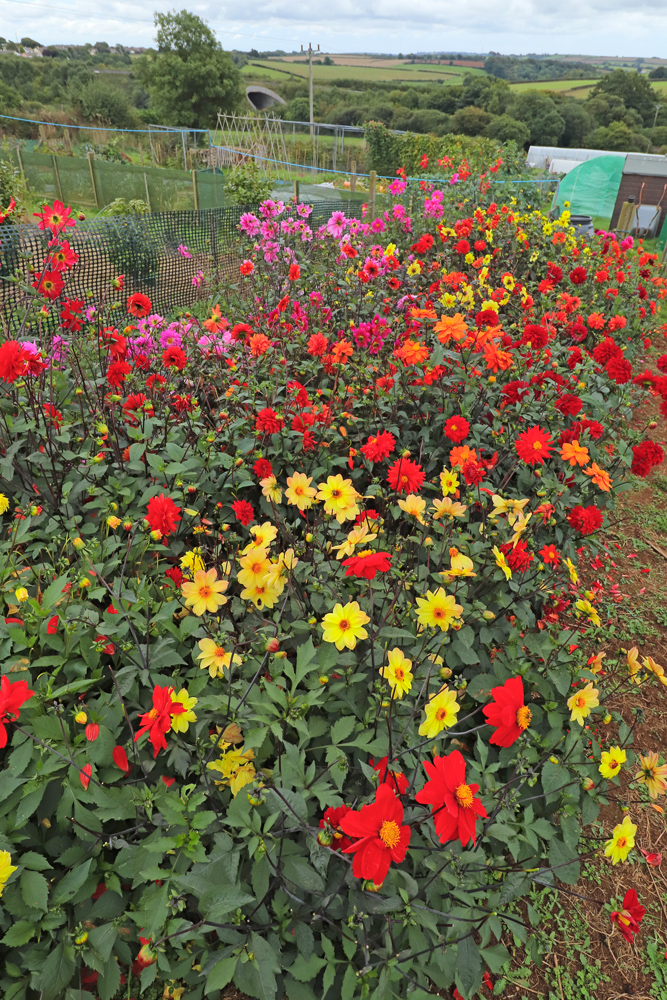 Perhaps I’m wrong, perhaps I’m misinterpreting what I see around me. It just seems to me that gardeners are often asked to take more blame for the way things are than is in any way reasonable, probably because they’re an easy target compared to farmers and large landowners.