Oh it’s definitely changed now. Needless to say we get fed up with rain far quicker than sun but it’s good to have the pressure of endless watering and badly stressed plants lifted somewhat. Autumn seems to have arrived while summer still has a few weeks to run so with two seasons overlapping I had plenty to choose from.

One.
I think I may have been here before; I’m experiencing déjà-vu. Dahlias I mean; in particular this lot of seedling dahlias on my allotment. That’s them at the top of the page. I’ve been casting a critical eye over them, not with a view to naming any of them for a Chelsea Flower Show launch, but to assess whether any have earned a reprieve from exile on the allotment to grow in the garden next season. I have two in the frame so far, numbers 11 and 15. 11 is a very good red with medium sized flowers which eventually open to a central disc. It seems exceptionally free flowering with the blooms held well above the foliage. 15 is more the prima donna; very large flowers of a deep blood red, 12cm across even in this dry summer, that’s nearly five inches. Fully double so far.

It’s perhaps worth mentioning that were both were sown on 11 March this year, from open pollinated seed I collected from a variety called ‘Orange Cushion.’

Two.
Muehlenbeckia astonii. Shrubby tororaro, Wiggy wig bush. A divaricate shrub from New Zealand where it was all but wiped out by land clearance for agriculture. It was probably widespread in the dry scrublands of lowland and coastal eastern New Zealand but is now found in only a handful of places.
It has tiny heart shaped leaves up to 8mm wide and even tinier flowers, 3mm wide and greenish white. As the fruit develops the petals become fleshy and translucent, surrounding the fruit. My plant is female, as are most plants in cultivation, and without a male it will not produce viable seed.
My bush is around 1m high and wide, increasing slowly but steadily. It could get to 4m. 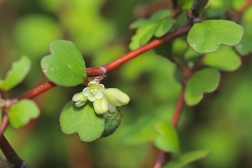 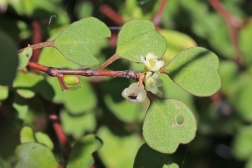 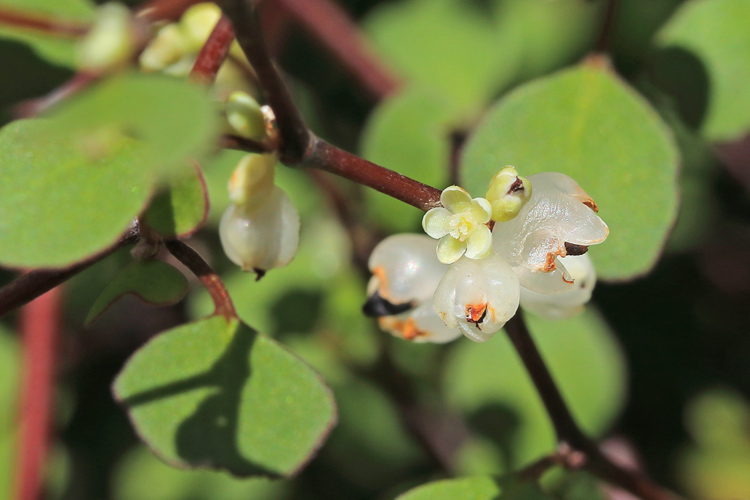 Three.
Cyrtanthus elatus ‘Pink Diamond’. Scarborough Lily. I put this in a SoS on 19th August last year, so it’s a week ahead. Then it had four stems with three or four blooms to a stem, this year it has seven stems with four or five blooms on each. Amazing how potting on and feeding works, even with plants that are known to “thrive on neglect”, or “prefer being potbound”. 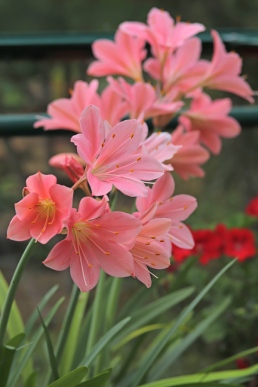 Four.
Onions. I’m really mixing it up this week. I harvested my main lot of onions. These are ‘Rumba’ which according to the catalogue is a British bred improved Sturon type. Last years crop kept until June this year. The biggest of these weighs about a pound, so there’s maybe 40-50 pounds from a 500g pack costing £4. Mind, even at Waitrose prices that won’t be £20 worth of onions, yet still I feel pleased with myself. I put them on the shed roof to dry, then I’ll clean them up and store them in mesh sacks. 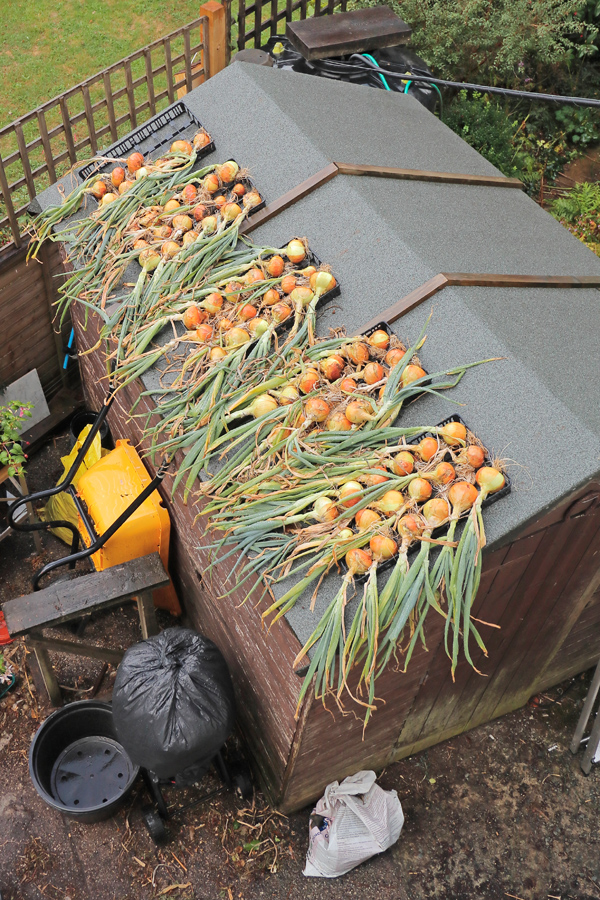 Five.
Astilbe ‘Delft Lace’. It was a toss up between this and a white Cyclamen. The cyclamen seemed noteworthy because it seemed very early, this won out because things flowering early seem likely to be a common theme this year. We filled in and planted up our failing pond with Astilbes and the like, choosing varieties that would flower over a longish period. With hindsight I’m not sure it wouldn’t have been better to plant varieties that all flowered at the same time. This one looks a bit lost amongst the gone over dead heads from a month ago, which is a shame as it’s a very pretty pink with contrasting dark foliage. 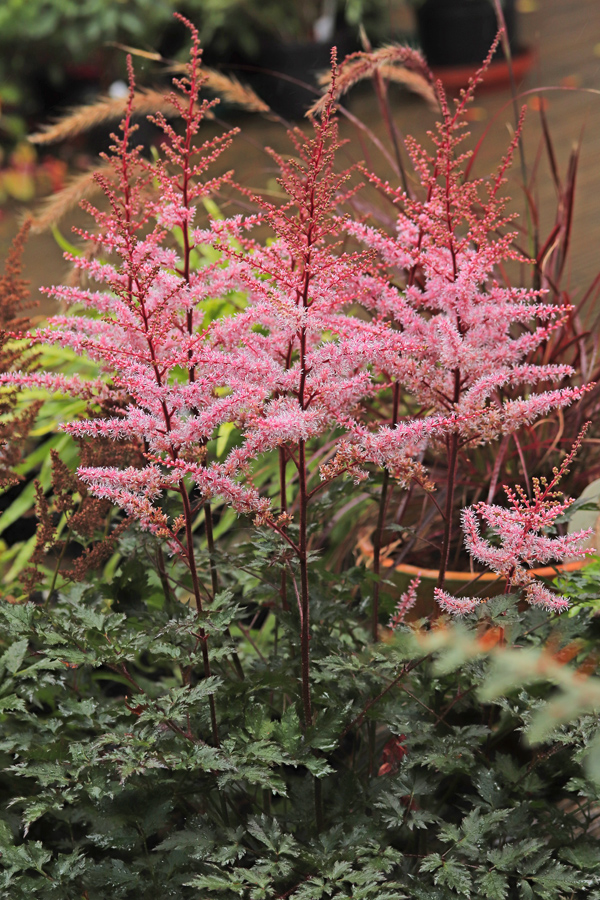 Six.
Hirundo rustica. Swallows. The plastic window on my allotment shed got broken earlier in the year and it was quickly apparent that swallows were contemplating building a nest in there. It took them a good while to finish the nest and lay eggs, of which there were only three. There are now three young, growing very fast. You can see all three but the one in the middle is hunkering down. Swallows usually start earlier and have four or five in a brood so I’m guessing these are young birds on their first brood. I disturb them as little as I can. I hope they come back next year, I shall cover the window in winter and open it up in spring.
It is completely extraordinary that in a few weeks time these tiny creatures could be heading off to South Africa for the winter and no less extraordinary that they will find their way back to my allotment next year. I am in awe.

In similar vein but with less awe, meme host The Propagator will in all probability find his homing instincts up to the task of getting him back from his migration to Slovenia, which means there will, as ever, be links to lots of other sixes at the end of his holiday snaps.