OMG, it’s sunny! Gotta do something!
Frosty weather is not conducive to things moving forward in a garden; they stay the same or go backwards. Still, it’s amazing how resilient some things are, which is just as well given the requirement to come up with half a dozen performers each week. It has to get easier soon, spring is surely on the way.

One.
A tulip. I mentioned last week that I’d filled a pot with someone’s cast off tulips. They’re racing ahead of my bought ones, lush and leafy; and I have my first (hopefully not my last) bloom already. I don’t have a clue as to variety. 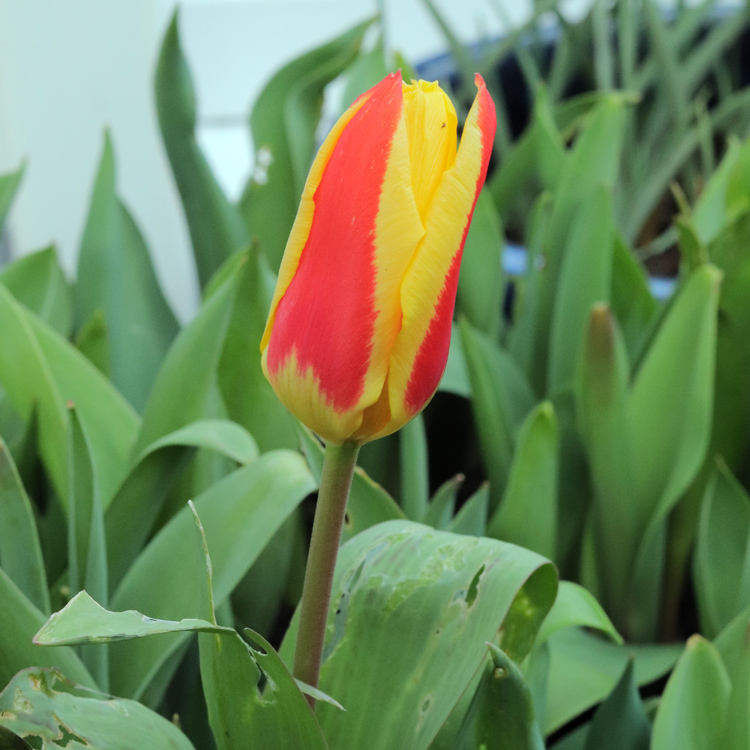 Two.
Sticking with bulbs, we have a few pots of daffs that have been around for a couple of years. That get shoved away in a corner for the summer in this case are still there even now that they’re back in bloom. I must rescue them from the dumpimg ground beside the house and give them their moment in the sun. I tend to call anything that looks like this one Tete a Tete, but they may well be something else.

Three.
Another of my Camellias, this one is C. japonica ‘Bob’s Tinsie’. Small flowers but lots of them and over a long period. 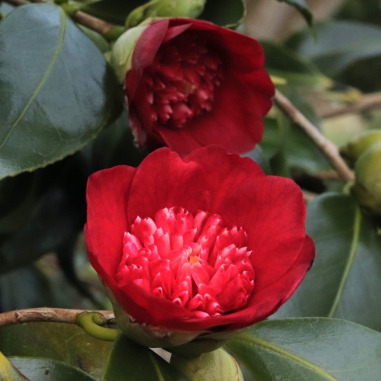 Four.
Fuchsia juntacensis. We were given this rather poorly plant a couple of years back and its progress back to health has been less than meteoric. I took a couple of cuttings way back and there are two more plants somewhere, I must find them and see if they have flowers too. This is a stupid time for a fuchsia to be flowering.

Five.
Persicaria tenuicaulis. We’ve all done it, gone to a plant sale or nursery and bought something just because it spoke to us, not a thought about where it’s going to go. You get it home and put it down somewhere, muttering something about having a think about where would suit it best. Then nine months later….. At least it’s still alive, though I still haven’t decided where to put it. 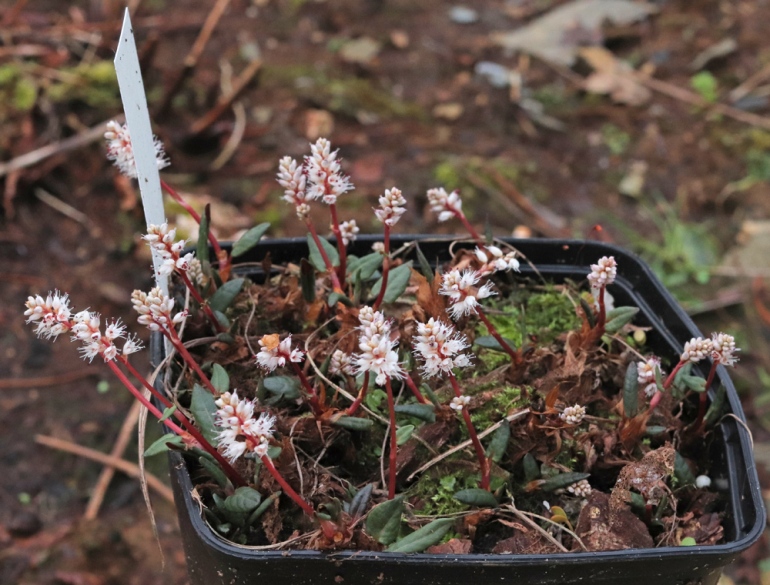 Six.
It’s still less than three weeks since we got back from Australia. I’m always tempted to sow loads of seeds very early but I try to resist. The biggest problem is finding space for growing them on when it’s still too early for them to go outside. I would have sown Sweet Peas in autumn but didn’t want to leave them while we were away, so I sowed them, along with a few veg, as soon as we got back. I have lettuce up, and two or three Sweet Peas. A very restrained woo! is in order.
I’ve been at it again this morning, onion sets into cells, celeriac and carrots, the latter into deep pots, a tactic that worked pretty well last year. 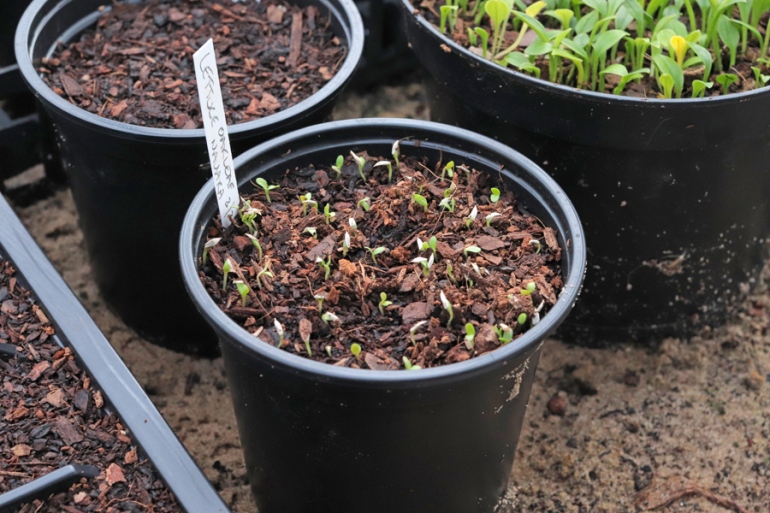 It’s looking like I get a fair day Saturday and a rubbish one on Sunday. I think I’ll go and chuck a bit of fertiliser around on the allotment; perhaps pull a few weeds too. Who knows, if the weather is fair I may not be the only one there. Checking out the contributions of the other participants of SOS will have to wait until later. What, you’re new to this? You need to go to the comments below The Propagator’s Saturday post and follow the numerous links. A cornucopia of horticultural vignettes awaits you.